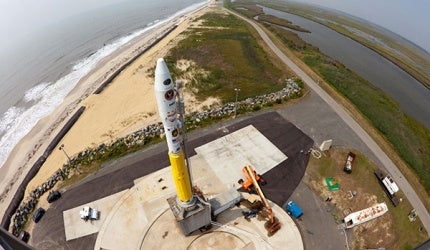 In June 2011, the ORS-1 was launched onboard Minotaur I rocket from the Mid-Atlantic Regional Spaceport, which is owned by the Virginia Commercial Flight Authority. The mission was supported by the Research Range Services (RRS) Programme.

The ORS-1 underwent a 30-day trial and adjustment check before its operations were shifted from the ORS Office to USAF’s 1st Space Operations Squadron at Schriever AFB, Colorado.

The ORS-1 programme began in October 2008 when an agreement was made between US Strategic Command and USCENTCOM. Goodrich Corporation was selected as a prime contractor for the ORS-1 satellite.

The environmental testing of ORS-1 began in December 2010 and was successfully completed in April 2011 at Goodrich’s facility in Danbury, Connecticut. The spacecraft’s performance and functionalities were tested in extreme temperatures – both hot and cold – simulating space conditions. The satellite took 30 months to complete.

The spacecraft bus based on the Tactical Sattellite-3 bus was supplied by ATK Space Systems and the satellite’s sensor payload was provided by Goodrich. The systems integration for the ORS-1 programme was completed by Goodrich.

The Space Development & Test Directorate at Kirtland Air Force Base is responsible for the management and execution of the ORS-1 programme. The ORS Office, which is a joint initiative of numerous agencies within the US Department of Defence, develops and integrates joint ORS capabilities to meet the space needs of joint force commanders and war-fighters.

The satellite carries a modified version of the Senior Year Electro-Optical Reconnaissance System (SYERS 2) supplied by Goodrich. It is an optical and infrared camera with a 40cm aperture and a field of view of over two degrees. The camera is equipped with Time Delay and Integration CCD sensors to negotiate with the ground motion. It can provide imagery with a resolution of 1m (NIIRS 4) from a 300km orbit.

The payload incorporates the latest advancements of the Goodrich SYERS-2 multi-spectral sensor. The sensor transmits information to the ground via a common data link radio. The earlier version of SYERS was used in the Lockheed U-2 reconnaissance aircraft.

Ground segment of the reconnaissance satellite

The ground segment supplied by Goodrich processes the data gathered by the sensor payload to be compatible with the existing downstream processing, exploitation and dissemination infrastructure used by the war fighter.

The satellite is controlled from the Multi-Mission Satellite Operations Centre developed by Lockheed Martin and the Space Development and Test Directorate at the USAF’s Space and Missile Systems Centre.

Details of the Minotaur I launch vehicle

"The Minotaur has a length of 63ft and a maximum diameter of 5.5ft."

The Minotaur I is an expendable launch system developed by Orbital Sciences Corporation. It is mainly used to launch small satellites for the US Government. The four-stage vehicle uses two stages of decommissioned Minuteman missile and two stages from the Pegasus XL and TaurusXL commercial space launch vehicles.