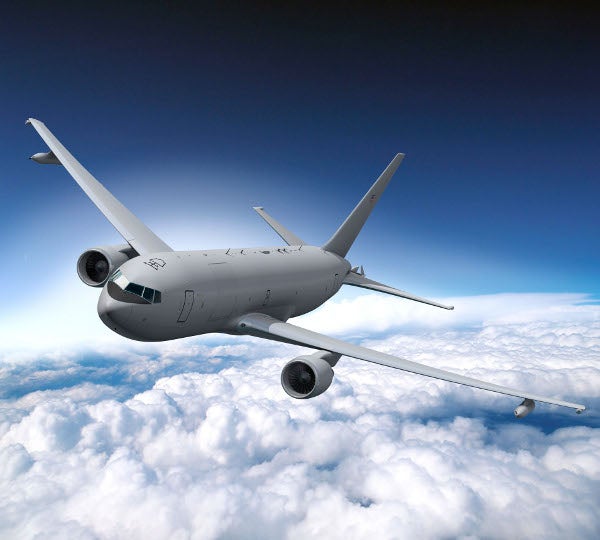 The US Air Force (USAF) has revealed the preferred and reasonable alternatives for the first KC-46A aerial refuelling tanker aircraft’s training and main operating bases following comprehensive on-the-ground-site surveys of each candidate base.

Fairchild AFB in Washington and Grand Forks AFB in North Dakota, US, were also chosen as reasonable alternatives for the KC-46A MOB 1.

The preferred alternative for the first Air National Guard KC-46A MOB 2 is Pease Air Guard Station (AGS) in New Hampshire, and Forbes AGS in Kansas, whereas reasonable alternatives include Joint Base McGuire-Dix-Lakehurst in New Jersey, Pittsburgh International Airport Air Guard Station in Pennsylvania, and Rickenbacker AGS in Ohio, US.

The evaluation programme included detailed assessment of the bases against operational and training requirements, potential impacts to existing missions, and housing, infrastructure and manpower requirements.

The USAF is scheduled to initially take delivery of 18 refuelling aircraft under a multi-billion dollar contract from Boeing by 2017.

Cost estimates to bed down the aircraft for each candidate base were also developed by the site survey teams, and results were transferred to Air Force Secretary Michael Donley and Chief of Staff General Mark Welsh for subsequent selection.

Welsh said bringing KC-46A online represents a significant milestone in recapitalisation of USAF’s tanker fleet, which has carried out air refuelling for more than five decades.

With plans to acquire a total of 179 KC-46s for replacement of over 400 KC-135 Stratotankers and 59 KC-10 aircraft, the USAF is scheduled to initially take delivery of 18 refuelling aircraft under a multi-billion dollar contract from Boeing by 2017.

Image: An impression of USAF’s KC-46A tanker during its flight. Photo: Courtesy of the USAF.