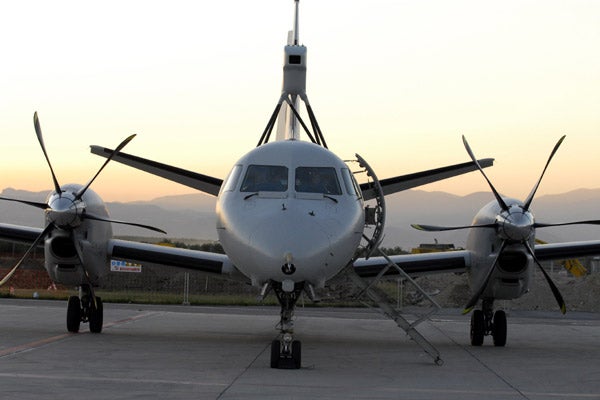 Saab has been awarded a contract for provision of support services for the Saab 2000 Airborne Early Warning & Control (AEW&C) system of an undisclosed international country.

Under the SEK1.1bn ($169.7m) contract, the company will supply a comprehensive set of spares and support services for the AEW&C system.

"Our surveillance system provides the customer with improved solutions for defence and civil security," Fransson added.

"The company will supply a comprehensive set of spares and support services for the AEW&C system."

Primarily used by the Pakistan Air Force to monitor Indian airspace, different configurations of Saab 2000 AEW&C are also operational with six countries worldwide, including Sweden, Greece, Mexico, Brazil, Thailand and UAE. Deliveries under the contract are scheduled to be completed by 2017.

Image: The Saab 2000 Airborne Early Warning & Control system during roll out in April 2008.