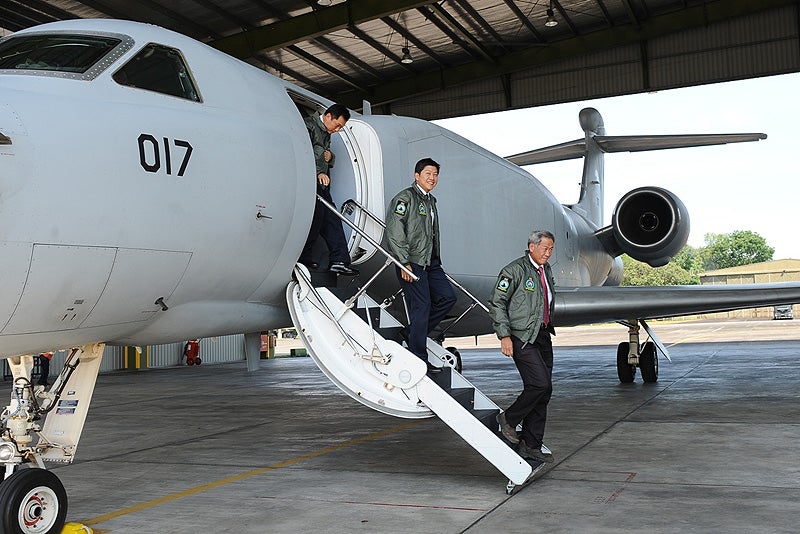 During a ceremony held at Tengah Air Base to mark the achievement, Singapore Defence Minister Ng Eng Hen said the FOC was achieved within six months after the delivery of the fourth G550-AEW to RSAF in October 2011.

"The G550-AEW together with the RSAF’s fighter squadrons and ground-based Air Defence units, are a powerful network that represents a quantum jump in the SAF’s ability to identify potential aerial threats early and respond decisively, in peace or in war," Ng Eng Hen added.

Air warfare officers and maintenance crew of RSAF’s 111 Squadron have also been put through intensive training to familiarise themselves to operate and maintain the aircraft.

The aircraft features dual S-band radar arrays at the front and rear as well as L-band sensors on the fuselage side, providing 360° coverage and offering a mission endurance of nine hours at an altitude of 41,000ft.

The first G550-AEW aircraft was received by the RSAF in February 2009, following which it placed orders for four additional upgraded aircraft.

Four AEW-configured aircraft, worth up to $1bn, will replace the aging Northrop Grumman built-E-2Cs that have been in service with the air force for more than 20 years.