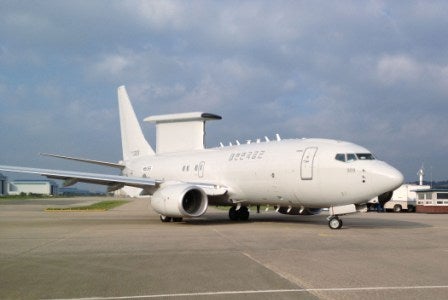 The Republic of Korea Air Force (ROKAF) is set to receive its fourth and final 737 Peace Eye Airborne Early Warning and Control (AEW&C) aircraft from Boeing.

The company delivered the aircraft five weeks ahead of schedule, including all ground support segments for mission crew training, mission support and system maintenance to ROKAF Base Gimhae in South Korea, which will serve as the fleet’s main operating base.

The delivery follows a $1.6bn contract secured by the company for supply of four Peace Eye aircraft along with related support equipment to the Air Force in November 2006.

Heerdt said KAI demonstrated its extensive technical capability and modification experience in delivering the aircraft that will boost the security of the Korean peninsula.

As part of an interim support programme, Boeing is also supplying on-site technical support, training and spare parts to support the Peace Eye fleet’s transition to a through-life support programme.

ROKAF received the initial two aircraft in September and December 2011 respectively, while the third was handed over in May 2012.

The company has also delivered six Peace Eyes to Australia, and is currently manufacturing four aircraft for the Turkish Air Force.