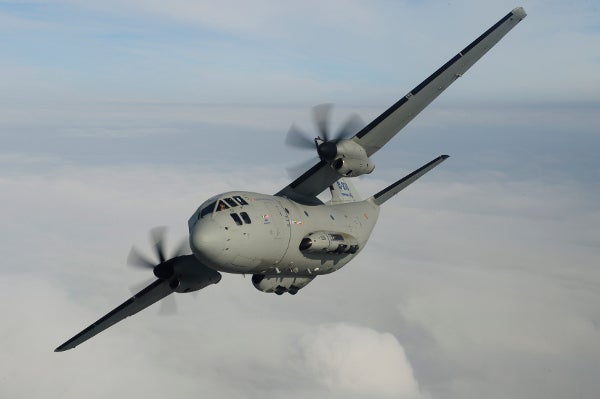 The Australian Government has selected L-3 Communications as the prime contractor for the delivery of C-27J Spartan military transport aircraft, in support of the Royal Australian Air Force’s (RAAF) battlefield airlifter programme.

The foreign military sales (FMS) programme, established in the US, has an approximate contract value of $600m and involves the supply of ten new C-27J aircraft worth about $300m, along with contractor logistics support, spares and training.

L-3 Integrated Systems Group corporate senior vice president and president, John McNellis, said: "The C-27J will serve the Commonwealth of Australia with superb performance, interoperability with international forces, as well as significant total life-cycle savings over the life of the programme."

The aircraft is expected to enhance the Australian Defence Forces’ (ADF) ability to transport troops, equipment and supplies in the absence of the DHC-4 Caribou aircraft, which was retired in 2009 following the completion of 40 years’ operational service.

Besides battlefield airlift, the aircraft is capable of conducting airlift from shorter airstrips across Australia, and will also be able to support humanitarian missions in remote locations.

Using common infrastructure and aircraft systems as the existing RAAF C-130 Hercules and C-17 aircraft, the C-27J can carry out a range of missions from delivering ammunition to front line troops to undertaking aero-medical evacuation of causalities.

The first C-27J is expected to be delivered in 2015 with the initial operating capability (IOC) scheduled for the end of 2016. All aircraft will be based at RAAF Base Richmond.

The selection of the C-27J follows an assessment by the Australian Department of Defence, during which the aircraft demonstrated its ability to fly further, faster and higher while carrying additional cargo than its rival contender, the Airbus Military C-295 transport aircraft.