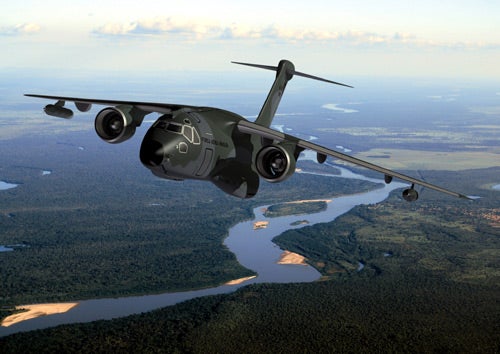 Carried out in collaboration with FAB High Command members, the CDR confirmed the definitive aerodynamic and structural configurations, apart from the architecture and systems installations, approving the design’s maturity to move to the prototype development phase.

FAB KC-X Project manager engineer colonel Sergio Carneiro said the air force is pleased with the solutions presented by Embraer during the two weeks of intense presentations and discussions.

"We came out of these discussions convinced that the building of the prototypes can begin," Carneiro added.

Embraer KC-390 programme director Paulo Gastão Silva said: "This is a great programme landmark, and we are proud of the result of our efforts to demonstrate the maturity of the project to the FAB."

"Carried out in collaboration with FAB High Command members, the CDR confirmed the definitive aerodynamic and structural configurations."

The company also showcased the tools and models used in KC-390 production, including an engineering simulator and a life-size model of the cockpit to FAB officials during the CDR.

KC-390 aircraft’s preliminary design review (PDR) was successfully completed in August 2012, while the prototype development is expected to commence shortly.

The aircraft’s initial test flight is expected to take place in 2014, followed by entry into operational service in 2016.

Image: An impression of the Brazilian Air Force’s KC-390 aircraft.