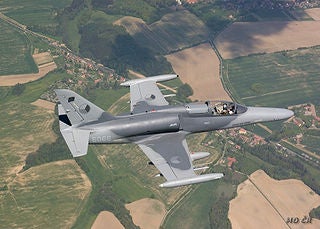 Zechmeisterova was quoted by CTK as saying that RARO12, which is the only Nato air force exercise to take place this year, will be conducted in September, under the management of Nato command in Ramstein, Germany.

"The main goal of the exercise is to bring in harmony the activities of pilots of the tactical air force and the activities of forward air controllers in support of ground operations," Zechmeisterova elaborated.

The aircraft taking part in the exercise will include the US Air Force’s (USAF) anti-tank L-39 and F-16 fighter planes, Czech L-39 Albatros trainers, L-159 ALCA fighter aircraft, as well as Russian combat and transport helicopters, which will be operated from the 22nd air base in Sedlec, South Moravia.