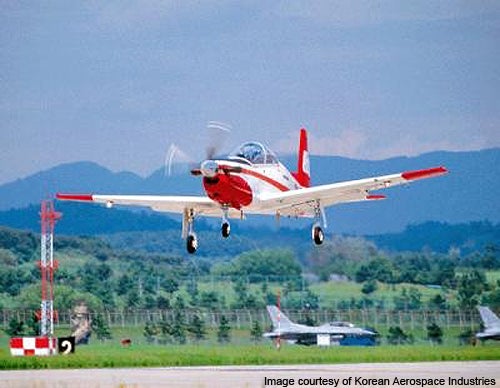 As part of the contract, the company will develop and supply an undisclosed number of Cockpit 4000 avionics systems for integration in 20 Peruvian KT-1P trainers.

The trainers are currently being manufactured by KAI, as part of a $200m contract received in November 2012.

"We provide a system that employs the latest in cockpit management technology, resulting in better and more rapidly trained pilots, at a far lower cost than conventional training," Lawrence added.

"The company will develop and supply an undisclosed number of Cockpit 4000 systems for integration in 20 Peruvian KT-1P trainers."

Equipped with a standardised modular glass cockpit and hands on throttle and stick operations (HOTAS), Cockpit 4000 is a fully integrated avionics suite designed to support basic and advanced level training for turboprop and jet trainers at significantly reduced costs.

Besides KT-1 basic trainer, the system is also installed onboard the BAE Systems Hawk Mk51 and 51A, Hawker Beechcraft T-6B and AT-6B, as well as AleniaAermacchi M-311 aircraft.

Signed as an inter-governmental foreign military sale (FMS) between Seoul and Lima, the contract covers the delivery of 20 aircraft, including ten of each KT-1 and KA-1 aircraft starting from November 2014.

Four aircraft are scheduled to be supplied in a ready-to-use condition, while the remaining 16 will be assembled locally by the Peruvian company, Seman.

Powered by a single Pratt & Whitney PT6A-62 engine, the KT-1P is an export variant of KT-1 Woongbi aircraft, and is designed to conduct combat support and light attack operations.

Defense and Civil Spends on Aircrafts in South America: 2016 to 2024