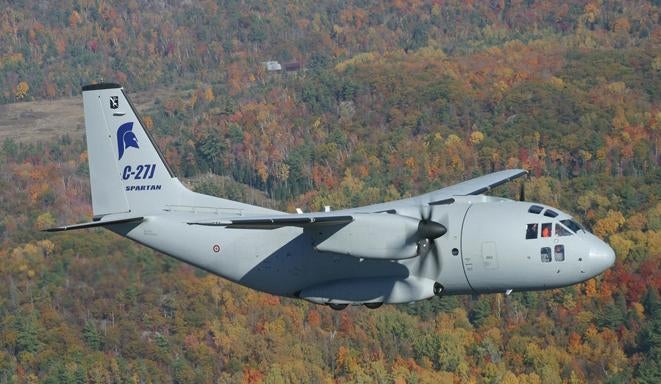 Alenia will provide the green aircraft platform, including engineering support and avionics, while GD Canada and DRS will be responsible for modification and missionisation of the aircraft in Canada, and the supply of long-term training support for the fleet respectively.

Alenia Aermacchi North America president and chief executive officer Ben Stone said: ”This teaming agreement reaffirms our commitment to the Canadian market and to providing the Royal Canadian Air Force with the most capable, best value solution for the fixed-wing search and rescue replacement programme.”

General Dynamics Canada general manager David Ibbetson said the FWSAR programme sets a high standard for Industrial Regional Benefits (IRB) requirements, and noted that the company will continue to engage with local industry and suppliers while missionising the aircraft in Canada.

"The made-in Canada training solution will ensure Canada’s search and rescue crews will be ready for the demanding job of keeping Canadians safe."

‘With Alenia’s C-27J as the platform, and working with local Canadian companies, we will set the standard for search and rescue capability,” Ibbetson added.

Specifically, GD Canada will modify the aircraft to accept high tech sensors and computers, enhancing the search and rescue crew’s ability to detect rescue targets, in addition to serving as the in-service support (ISS) integrator for the C-27J fleet.

Team Spartan will also collaborate with local aerospace and defence companies over the duration of contract to help drive economic benefit to the Canadian industrial base.

Image: A C-27J Spartan aircraft during its flight.