The on-time delivery marks the completion of the order with the Federal Office of Bundeswehr Equipment, Information Technology and In-Service Support (BAAINBw).

The H145M multi-role twin-engine battlefield support helicopter is primarily intended for use by military and law enforcement agencies.

The previously delivered helicopters are currently deployed for training and field testing at the Germany Army’s Niederstetten and Nörvenich airbases for rescue operations. 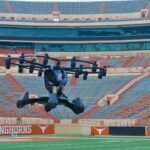 According to the company, the new H145 LUH SAR will begin operations shortly as scheduled at the third SAR station in Holzdorf, Germany.

Airbus Helicopters Germany CEO Wolfgang Schoder said: “We are pleased that we have completed this order from start to finish on time and within budget and that the commissioning is proceeding according to plan.

“The feedback we have received from our customers has been very positive. Because of their flexibility and very high availability, the helicopters of the H145 family have proven themselves in the Bundeswehr.

“We see considerably more possibilities for a wide range of tasks in all branches of the armed forces for the reliable model.”

The helicopters are equipped with high-performance cameras, searchlights and emergency beacon locator systems.

They also feature a full set of medical equipment, rescue winches, and load hooks, which can be used for fire-extinguishing tanks.