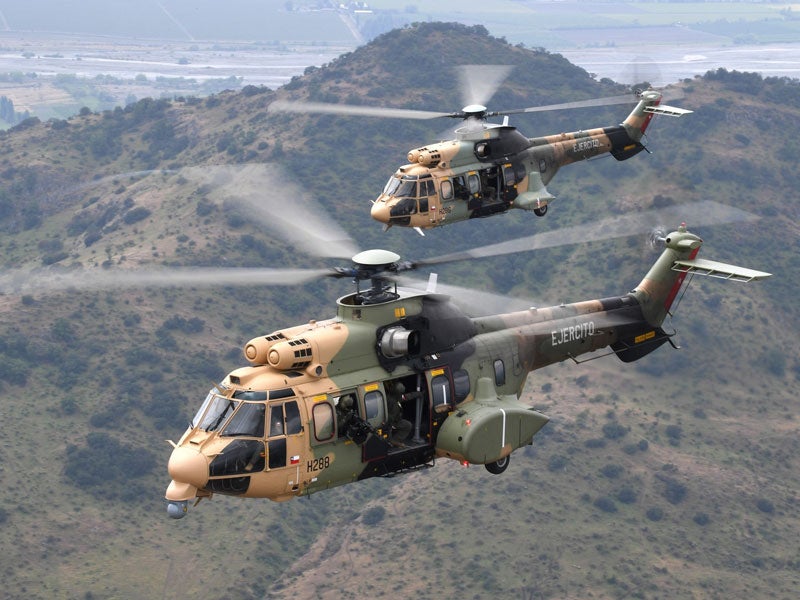 The H215M multi-role helicopter is a military variant of the H215 civil helicopter produced by Airbus Helicopters. It is a member of the Super Puma family of rotorcraft operated by the armed forces of more than 43 countries.

Airbus Helicopters signed a general co-operation agreement with IAR Brasov in April to appoint it as a prime contractor to supply H215M multi-role helicopters in order to meet the future requirements of the Romanian Ministry of Defence.

The H215M can carry up to 24 troops for transport missions. It can accommodate six patients on stretchers and ten passengers for medical evacuation (MEDEVAC) operations.

The H215M features a crashworthy fuselage, incorporating a four-bladed main rotor and a monocoque tail boom integrating an anti-torque rotor with five composite blades. The bottom of the fuselage houses six crash-resistant fuel tanks, of which two tanks offer protection against 12.7mm projectiles. The multi-purpose air intakes of the helicopter deliver protection against sand and icing.

The fuselage is fitted with high-energy absorption and retractable tri-cycle landing gear, including two trailing-arm main landing units, as well as a castering nose wheel unit. It also includes built-in jacking and towing points, along with attachment points for external loads and fixed parts for sling loads.

The cabin features two sliding double doors and eight jettisonable windows. The reinforced floor of the cabin is installed with crashworthy fixed points for mounting a range of seating. The cabin is also equipped with a heating and ventilation system and floor hatch for cargo sling pole.

The flight deck is compatible with night vision goggles and installed with a dual-duplex digital four-axis autopilot and associated automatic flight control system. The autopilot is connected with two flight data computers. The vehicle and engine multi-function display (VEMD) aboard the cockpit reduces pilot workload for better flight safety.

Engine and performance of H215M

The power-plant of H215M integrates two Turbomeca MAKILA 1A1 turbo-shaft engines developing a maximum emergency power of 1,400kW. The engines are coupled to main and intermediate gearboxes.

The helicopter can fly at a cruise speed of 258km/h and attain a range of 776km when fitted with standard fuel tanks. The range can be increased up to 1,165km with the addition of external and central auxiliary tanks. The maximum take-off weight (MTOW) and sling load capacity of the rotorcraft are 9,350kg and 4,000kg respectively.