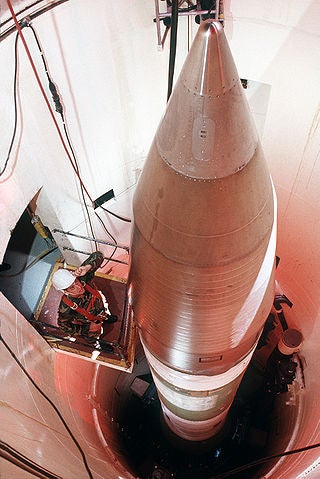 Northrop Grumman has been awarded a replacement payload transporter system contract by the US Air Force (USAF) in support of the country’s intercontinental ballistic missile (ICBM) weapon system.

Under the four-year $39.7m contract, the company will design, develop, test, qualify and deliver a system that will replace the existing payload transporter, which is approaching the end of its design life.

The company-led ICBM team has been providing development, production, deployment and system modifications to support the USAF in the overall sustainment of the weapon system.

Northrop Grumman’s ICBM Systems business unit vice president and programme manager Tony Spehar said that the company has closely collaborated with the Air Force for more than five decades to ensure the safety, security and reliability of the ICBM weapon system.

"We are honored to have the opportunity to continue providing our customers with affordable, innovative solutions to meet their operational mission requirements," Spehar added.

First deployed in the 1960s, the Minuteman ICBM is a three-stage, solid-fuelled strategic missile that has a range of 6,000 miles and can travel at speeds of Mach 23.