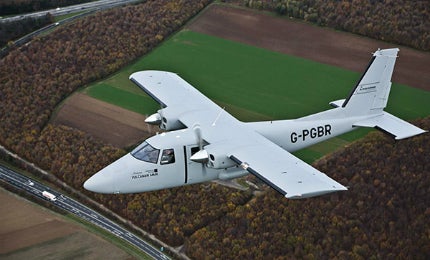 The all-weather capable aircraft is based on the P68R aircraft built by Vulcanair.

P68 MMA can be deployed in observation and reconnaissance, airborne surveillance, maritime patrol, search and rescue (SAR), and homeland security missions in high-stress environments. It is cost-efficient and is believed to be a better alternative to helicopters for use in surveillance missions.

"The all-weather capable aircraft is based on the P68R aircraft built by Vulcanair."

The Vulcanair P68R incorporates a high-wing monoplane design made of corrosion-treated aluminium. The structural simplicity and aluminium construction ensure low operating costs. The under-fuselage integrates a retractable landing gear, which enables best view for the camera and crew.

The aircraft has a length of 9.55m, a wing span of 12m and a height of 3.4m. It accommodates a crew of three members and can carry a sensor payload of up to 230kg.

The Ka-226T is a light, twin-engine multi-role helicopter offered by Russian Helicopters, for military and civilian missions.

The Airborne LINX command and control, intelligence, surveillance and reconnaissance (C2ISR) solution aboard the aircraft integrates Wescam MX 10 multi-sensor, a multi-spectral imaging system that can have up to six imaging and laser sensors. It is based on a standard ethernet network.

The MMU coordinates the entire system and displays data of all onboard sensors and communication systems on a simple-to-use touchscreen integrated in a tactical workstation.

A tactical work station can be equipped with up two full HD touchscreens, which allow one or two operators to operate the Airborne LINX package.

The station is also equipped with a keyboard, push-to-talk pedal button, a bracket for gimbal hand-control unit, and provisions for tactical radio, moving map/augmented reality system and LOS downlink transceiver.

The Vulcanair P68 is certified for flight into known icing conditions (FIKI). It is also fitted with a weather radar, as well as pre-heat and enhanced vision system for operations in any weather conditions.

P68 MMA can be equipped with an integrated noise reduction system, including three-bladed propellers and integrated exhaust mufflers, which make the aircraft an ideal platform for passive surveillance.

The aircraft has a maximum speed of 202 knots true airspeed (KTAS) and minimum mission speed of 75 knots indicated air speed (KIAS). It can climb to an altitude of 20,000ft at a rate of 1,400ft/min and has a maximum range of 1,300nmi.