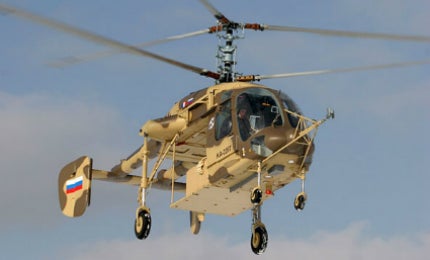 The LGM-30 Minuteman III, built by Boeing, is an intercontinental ballistic missile (ICBM) being used by the US Air Force Combat Command. The Minuteman III is a vital component of the US strategic deterrent forces and the inventory is controlled by the Air Force Global Strike Command.

Minuteman III is a long-range, solid-fuel, three-stage ICBM with the capability to carry single or multiple nuclear warheads. The missile is powered by three solid-fuel rocket engines and weighs 36,030kg (79,432lb). It has a range of more than 6,000mi (5,218 nautical miles) and speed of approximately 24,000km/h (15,000mph) at burnout.

The Minuteman missile programme began in 1958 and the first missile in the series, Minuteman I, was test-launched in February 1961. Minuteman II, the second version in the series, was launched in 1964. Unlike its predecessor, the missile was considerably advanced to strike multiple targets with high accuracy.

LG-Minuteman III had three re-entry vehicles (RVs) though which it could independently aim at different targets within its overall target area or ‘footprint’. The concept is termed as multiple independently targeted re-entry vehicles (MIRV). It has, however, been reduced to one under the Strategic Arms Reduction Treaty (Start) II signed between the US and Russia.

A programme is being undertaken to keep the missiles safe and secure for years to come, as part of an prolonged life extension. The programme includes replacement of the ageing guidance system, reproduction of the solid-propellant rocket motors, replacement of back-up power systems and repair of launch facilities.

"The Minuteman missiles are placed in hardened silos for protection against attacks."

The Minuteman missiles are placed in hardened silos for protection against attacks. Each launcher measures 80ft in depth and 12ft in diameter, and each missile site spreads over a surface area of up to three acres. The silos are connected to an underground launch control centre through a system of hardened cables. A crew of two officers in the launch centre provide 24/7 alert.

The president and secretary of defence use various communication systems to establish a virtual direct contact instantaneously with each launch crew. A specially configured E-6B airborne launch control centre aircraft automatically takes over the command-and-control of the isolated missiles if the command capability is lost between the launch control centre and remote missile launch facilities.

The propulsion is provided by three solid-propellant rocket motors developing a thrust of 200,000lb, 60,600lb and 34,000lb respectively. Thiokol supplied the first stage rocket motor while the engines for the second and third were provided by Aerojet-General and United Technologies Chemical Systems Division respectively.