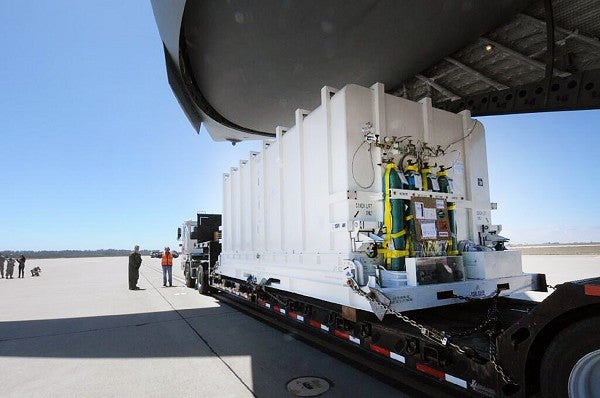 Delivered in collaboration with USAF and Northrop Grumman, DMSP Flight19 is scheduled to undergo final launch preparations, encapsulation and transport to Space Launch Complex 3 East at Vandenberg AFB in the next 250 days.

The satellite is set for launch aboard a United Launch Alliance Atlas V vehicle in March 2014.

"The DMSP collects and provides terrestrial, space environment and Earth surface data to help the US military in the planning of operations on the ground, at sea and in the air."

"Our partnership with the Air Force dates to the very beginning of the DMSP program with a common goal of ensuring that commanders have access to environmental data critical to the preparation and execution of military operations," Stretch said.

Manufactured by Lockheed Martin Missiles and Space Systems, the DMSP collects and provides terrestrial, space environment and Earth surface data to help the US military in the planning of operations on the ground, at sea and in the air.

Besides measuring local charged particles and electromagnetic fields to assess the effect of ionosphere on ballistic-missile early warning radar systems and long-range communications, the satellite also enables monitoring of global auroral activity and prediction of the space environment impacts on satellite operations.

The Space and Missile Systems Center (SMC) is the concerned authority for procurement and development of DMSP systems.

Image: USAF’s DMSP F19 satellite being transported by a C-17 Globemaster III aircraft to Vandenberg Air Force Base in California, US. Photo: courtesy of USAF.

The Unmanned Aerial Vehicle Market in the US to 2025: Market Brief