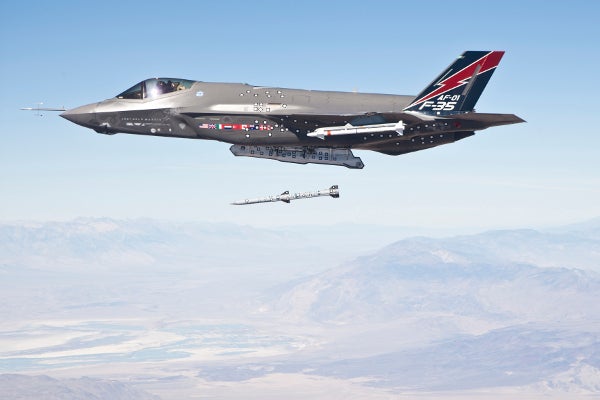 During the weapons separation test, the aircraft dropped the instrumented missile from its left internal weapons bay over the test range.

”The Edwards Integrated Test Force accomplished the first safe separation of an AMRAAM from the F-35 only three days after the first separation of a GBU-31 and demonstrates the high pace we need to maintain throughout the weapons program over the next two years,” Schwartz added.

Integrated Test Force’s Weapons Integration team members Gary Arnold and Eli Jones said in a joint statement: "This first safe separation of the AIM-120 missile from JSF represents the culmination of many years of careful planning by the combined government and contractor teams both inside and outside the ITF."

The test validated the weapon’s release from the launcher and its release characteristics from the aircraft, and the resulting data is being reviewed by the Integrated Test Force at Edwards Air Force Base in California, US.