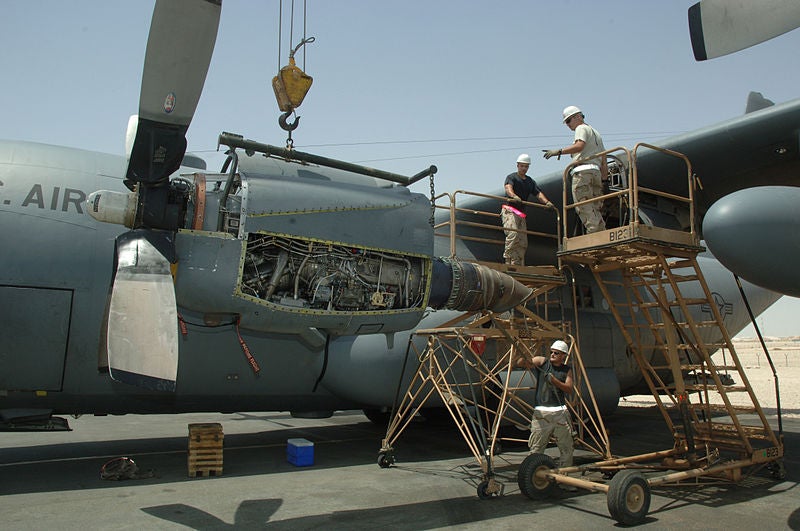 Rolls-Royce has received two contracts to provide support services for the T56 military turboprop engine powering a range of the US military and government aircraft. The two contracts have a combined value of up to $496m, and six-year and five-year performance periods. Awarded by the Defense Logistics Agency (DLA), the first $406m contract requires the company to provide spare parts, along with field and engineering support for 1,000 T56 powerplants installed on the C-130 Hercules, P-3 Orion and C-2 Greyhound aircraft in service with the US Air Force (USAF), Navy, Coast Guard and Customs and Border Control, as well as international fleets. According to the second $90m contract, the company will provide engine repairs for the US Navy’s E-2 Hawkeye aircraft, which are powered by two T56-A-427 engines.

"The two contracts have a combined value of up to $496m, and six-year and five-year performance periods."

The annually renewable contract has a potential value of $17m for the first year. Rolls-Royce Defense Services president Paul Craig said the contracts reaffirm the company’s continued success in supporting the customers and the thousands of Rolls-Royce T56 engines powering their operations. ”Our mission remains the same: to keep these fleets in the air as their operators require, and we will continue to focus on innovative solutions to provide affordable support for our customers," Craig said. Comprising of a can-annular type combustor and the accessory drive housing, the T56 single shaft turboprop engine features a 14-stage axial flow compressor driven by a four-stage turbine unit. Having logged more than 200 million engine flight hours since entering production in the 1950s, the engine also powers the Northrop Grumman-built E-2 Hawkeye early warning aircraft, as well as other commercial airliners such as the Lockheed Electra and Convair 580 twin engine transport.