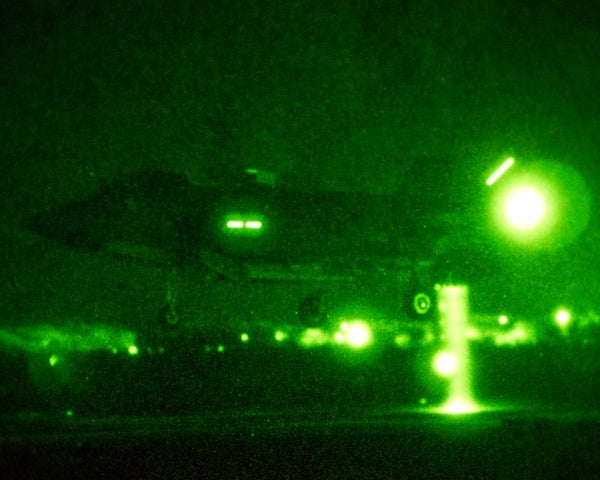 Involving data collection on the helmet and lighting conditions for night-time missions, the test flight represented one of a series of events carried out in preparation for the second of three scheduled at-sea test periods during the development programme.

Marine Corps Aviation Deputy Commandant lieutenant general Robert Schmidle said: "The F-35B will enable the Marine Corps to preserve its expeditionary nature and bring the next generation of warfighting capabilities to the Joint Force."

F-35 Program executive officer lieutenant general Chris Bogdan said the first night-time STOVL mission completion confirms that the F-35B is one step closer to delivering a critical capability to the US Marine Corps, as well as the UK and Italian navies.

”There is plenty of work to be done and progress to be made, but we’re on a solid path forward,” Bogdan added.

During the first F-35 ship trials, two aircraft conducted around 72 vertical landings and takeoffs aboard the large-deck amphibious ship, USS WASP, in October 2011.

Around 700 short takeoffs and over 380 vertical landings have been carried out by the F-35B aircraft to date, including the first operational vertical landing aboard Marine Corps Air Station Yuma, in Arizona, US, in March.

The other two variants of the aircraft currently under production include a conventional takeoff and landing (CTOL) variant for the US Air Force and a carrier version (CV) for the US Navy.