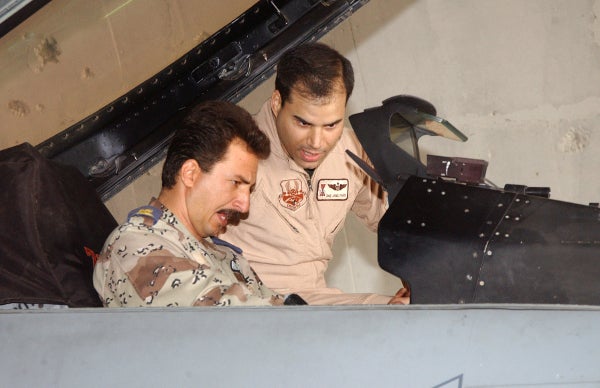 Awarded by the US Air Force Life Cycle Management Center (AFLCMC), the unspecified contract follows a contract received by the company in November 2012 for the supply of two F-16 Block 52 full mission trainers (FMTs) to IqAF.

Under the contract, the company, a unit of L-3 Communications, will manufacture and deliver two F-16 WTTs, along with two brief / debrief systems and one mission observation centre.

"The new comprehensive training system will enable Iraqi F-16 pilots to improve their tactical skills over a full range of mission areas."

Each of the two F-16 Block 52 WTT are scheduled to combine a tactically relevant physical cockpit with a single out-the-window visual display monitor.

In addition, the trainers will use the same high-fidelity computational system, software and models that are installed on the FMTs, and hence can be networked to the FMTs to support four-ship tactical team training.

The first system is expected to achieve ready-for-training milestone during the first quarter of 2015, while remaining training devices, brief / debrief systems and mission observation centre will become training ready during the fourth quarter of the same year.

All of the training devices and support systems are scheduled to be installed at Balad Air Base in northern Iraq.

Image: A USAF personnel explaining cockpit lay out of an F-16 Fighting Falcon to an IQAF pilot at Balad Air Base, Iraq. Photo: courtesy of Air Force photo by Staff Sgt. Ryan Hansen.