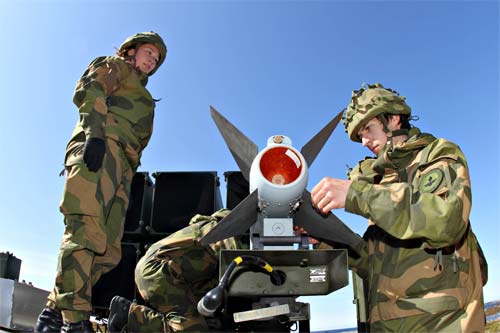 Under the terms of the NOK300m ($54.37m) contract, the company will upgrade the existing missile launchers with new electronics and software, in an effort to improve performance and also extend its lifetime.

"’NASAMS is the most sold air defence system in Nato, where Norway, with its experience and expertise, is a leading air-defence nation," Lie added.

The system safeguards high-value assets and mass population centres, in addition to providing cover for manoeuvring forces in the battlefield.

Apart from Norway, the NASAMS II systems have also been deployed by Chile, Finland, Spain and Netherlands. Upgrade work under the contract is scheduled to be completed within a three-year timeframe.

Future of the Norwegian Defense Industry - Market Attractiveness, Competitive Landscape and Forecasts to 2022

Future of the Norwegian Defense Industry - Market Attractiveness, Competitive Landscape and Forecasts to 2023