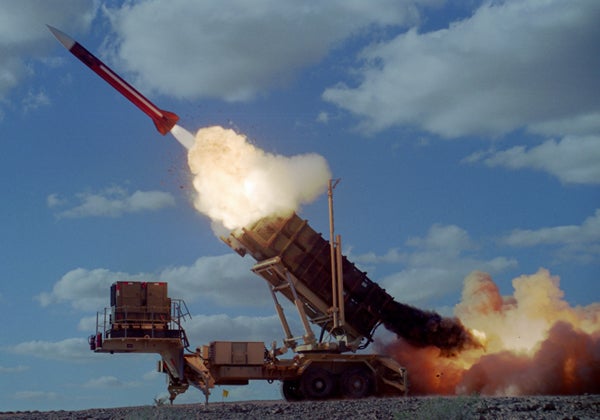 The Israel Air Force (IAF) is planning to upgrade its Patriot missile defence system with new cameras to assist the batteries in providing a more exact aerial image of targets including planes, missiles and UAVs.

"The cameras will be added as a part of a general upgrade that the Patriot is receiving, which includes adding new capabilities and maintaining systems that already exist," Shalom added.

As part of the overall facelift and general capability update programme, the Aerial Defense Formation claims that the new advanced cameras will boast night-vision and far-range recognition capabilities for the Air Force.

The IAF uses the Iron Dome for intercepting short-range rockets and Arrow 2 for long-range ballistic missiles.

The nation has plans to replace the Patriot with a longer range missile defence system, David’s Sling, which is currently being developed by RAFAEL and Raytheon.

The missile, which became operational in 1991, is also in service in Taiwan, Egypt, Germany, Greece, Israel, Japan, Kuwait, the Netherlands, Saudi Arabia, the UAE, Jordan and Spain.