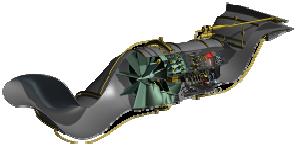 The tests are scheduled to be conducted in late August in Cincinnati, Ohio, US, and will be followed by full engine testing early next year, reports Flight Global.

GE Aviation, a GE subsidiary, has already completed demonstration of the key adaptive fan technology required for production of a variable cycle engine at Wright Patterson Air Force Base, under phase II funding awarded in October 2009.

Separate ADVENT Phase I contracts were awarded by the USAF to GE and Rolls Royce in August 2007 for exploring concepts, testing of critical components, as well development of preliminary designs of an engine.

The phase II funding covered continued component testing and integration of existing technologies for the development of a technology demonstrator engine, which can achieve 25% reduction in average fuel consumption and lower temperature cooling air for thermal management.

Rolls-Royce has also completed fan technology testing of its proposed ADVENT demonstrator, and is also planning to move ahead with core testing before the end of 2012.

Pursued under the USAF’s Versatile Affordable Advanced Turbine Engines (VAATE) programme, the ADVENT programme aims at developing an efficient variable cycle engine in the 20,000lbf thrust class, to provide a next generation military aircraft with greater range and mission flexibility.

The programme is part of the US Government’s initiative for versatile affordable turbine engines and to advance turbine engine technology for military and commercial aviation.