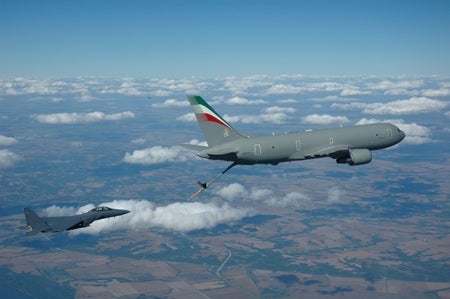 Two aircraft from France, including one Mirage 2000 and one Rafale will perform necessary ground and in-flight tests along with three Swedish Gripen fighters to secure technical and operational AAR clearances against the Italian strategic airlift tanker.

Deemed mandatory to provide or receive fuel, the technical and operational clearances are a prerequisite to interoperability during multinational operations.

European Defence Agency executive director Claude-France Arnould said, ”Italy’s AAR clearance initiative is a cost-efficient way to quickly close an important capability gap regarding tanker-receiver certification; given the urgency based on lessons learned from recent operations, we would have welcomed more nations to participate in the clearance campaign.”

European armed forces have relied on US assets for air power projection, despite having 42 tanker aircraft of twelve different types, as more than 40% of required clearances are missing.

The AAR campaign facilitates a coordinated approach for full and unrestricted clearances, increasing the flexibility of AAR missions and enabling immediate deployment of assets in future.