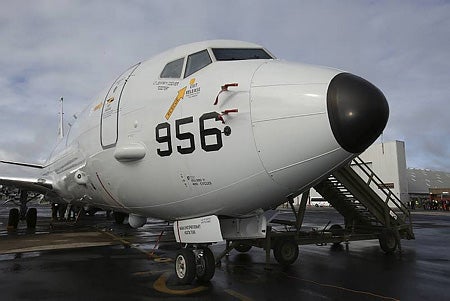 The Australian Department of Defence (DoD) has signed a A$73.9m ($75.23m) Increment 3 Project Arrangement with the US Navy for further development of Boeing P-8A Poseidon aircraft, which is expected to replace the Royal Australian Air Force’s (RAAF) AP-3C Orion aircraft fleet.

As part of the Production, Sustainment and Follow-on Development Memorandum of Understanding (MoU) signed in March 2012, the new agreement offers a framework for purchase, maintenance and development of the P-8A throughout its operational service.

Designed as the first proposed upgrade to the Australian P-8A fleet, the Increment 3 Project Arrangement will support the integration of advanced capabilities, such as a networked maritime strike weapon, air-sea rescue kit and enhanced target tracking systems to the Increment 2 aircraft.

The Project Arrangement is also expected to provide Australia with an opportunity to specify its requirements for enhancing future capability of the P-8A aircraft.

The DoD has contributed an initial $150m for joining the P-8A programme, followed with an additional $100m funding since receiving approval for the purchase of the aircraft in 2007, according to local media reports.

A fleet of 19 Lockheed Martin-built AP-3C Orions aircraft are currently used by the RAAF for conducting maritime patrol, surveillance, and border protection missions, and have been in operation since the 1980s.

The aircraft, which have operated in Middle East, Persian Gulf and Afghanistan, are scheduled to retire from operational service between 2019 and 2020.

Image: The RAAF’s AP-3C Orion will be replaced with the US Navy’s P-8 Poseidon aircraft. Photo: courtesy of the Commonwealth of Australia, 2012 ©.