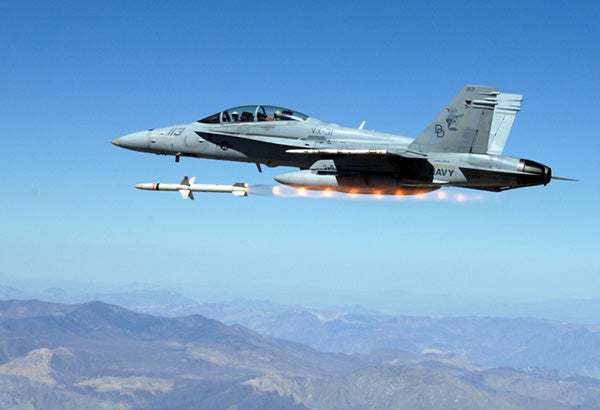 Alliant Techsystems (ATK) has been awarded a contract to start the second full-rate production lot (FRP 2) of the advanced anti-radiation guided missile (AARGM). Awarded by the US Navy, the $102.4m contract covers production and supply of AARGM to the navy, Italian Air Force and captive air training missiles (CATMs) to the Royal Australian Air Force (RAAF). The continued manufacture of Italian Air Force missiles forms part of the US-Italy joint international cooperative programme, according to the company. The RAAF, which has also submitted a signed letter of offer and acceptance to the US Government for the first foreign military sales FMS acquisition of AARGM, is scheduled to use CATMs for training purposes as it takes delivery of the EA-18G Growler aircraft. ATK Defense Group president Mike Kahn said the AARGM provides the US military with an advanced and unique capability by taking on the difficult missions from several platforms.

"The AARGM provides the US military with an advanced and unique capability by taking on the difficult missions from several platforms."

"The accuracy and reliability achieved by AARGM is core to our mission of delivering precision weapons our customers can depend on," Kahn said. ATK Defense Electronic Systems division vice-president and general manager Bill Kasting said: "The award of FRP 2 is a significant milestone not only for the quantity of missiles to be produced and delivered but also because it marks the beginning of AARGM deliveries to international customers through the Department of Defense’s Foreign Military Sales process." An upgraded version of the AGM-88 high-speed anti-radiation missile (HARM), the AARGM supersonic air-launched tactical missile system is capable of engaging traditional and advanced defence land-and sea-based air-defence threats, as well as non-radar time-sensitive targets. Currently mounted on US FA-18C/D Hornet aircraft, the advanced multi-sensor system equipped missile is also being integrated for use on the navy’s EA-18G Growler and FA-18 E/F Super Hornet aircraft, as well as the Italian Air Force’s Tornado ECR aircraft. The system can also be integrated onboard the F-35 Lightning II aircraft, EA-6B Prowler aircraft and allied FA-18s and F-16 Fighting Falcons used by the US and coalition forces.

Image: An advanced anti-radiation guided missile being launched from an F/A-18 aircraft during development phase at China Lake in US. Photo: courtesy of Naval Air Systems Command.