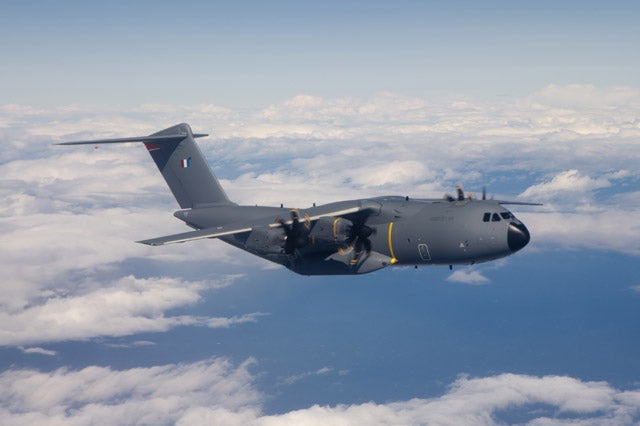 The flight test, which lasted five hours and 42 minutes, represents a significant milestone towards the aircraft’s delivery to the French Air Force (ALAT) in the second quarter of 2013.

Commenting on the test flight, experimental test pilot Hugues Van Der Stichel said the aircraft performed according to the expectations during the flight, which also confirmed its enhanced handling capabilities.

"The result of this first flight gives us full confidence for the on-time delivery to the French Air Force," Stichel added.

The aircraft had already completed its first auxiliary power unit and ground engine testing at the same location in February 2012, as reported by Flight Global.

"The flight test, which lasted five hours and 42 minutes, represents a significant milestone towards the aircraft’s delivery."

Dubbed Atlas, the Airbus A400M is designated as a tactical airlifter with strategic capabilities, and can also be configured to perform long-range cargo and troop transport, medical evacuation, aerial refuelling and electronic surveillance missions.

Powered by four TP400-D6 turboprop engines, the aircraft can carry more than 100 fully equipped troops or a 30t payload, and has also been ordered by the air forces of Belgium, Germany, Luxembourg, Spain, Turkey, Malaysia and the UK.

With a total of 50 aircraft on contract, the French Air force is also set to take delivery of two additional aircraft by the end of this year.