37,000 kg of payload, 116 fully equipped troopers / paratroops and up to 66 stretchers accompanied by 25 medical personnel

The A400M (formerly known as the future large aircraft) is a military transporter designed to meet the requirements of the Belgium, French, German, Spanish, Turkish, Luxembourg and UK air forces.

The aircraft is manufactured by Airbus Defence and Space, a division of the European aerospace and defence firm Airbus.

Other companies with a share in the programme include BAE Systems (UK), EADS (Germany, France and Spain), Flabel (Belgium), and Tusas Aerospace Industries (Turkey).

A development and production contract was signed between Airbus and the European procurement agency OCCAR for 212 aircraft in May 2003. France, Germany, Italy, Spain, the UK, Turkey, Belgium, and Luxembourg initially signed it, but Italy subsequently withdrew. The order was consequently reduced to 180 aircraft, with deliveries starting in 2009.

The first metal cut for the airframe of the A400M took place in January 2005 and assembly began in 2007. The first flight was scheduled for early 2008; however, this was delayed due to engine development problems. The first A400M aircraft was officially rolled out in June 2008 and the long-awaited maiden flight took place on 11 December 2009.

The aircraft took off with 127t in weight, carrying 15t of test equipment, including 2t of water ballast. Its official maximum take-off weight is 141t.

In January 2009, EADS postponed the first deliveries of the A400M until 2012 and wanted to develop a new approach for the A400M to discover new ways to advance the programme.

2009 continued to be a troubled year for the A400M as estimates on the cost overrun of the project were released. The project was predicted to be up to €11.2bn over budget. The South African Air Force started to look at alternatives to the A400M and the European partners placed it under consideration. Airbus suggested that the programme may be scrapped unless €5.3bn could be provided.

Belgium, the UK, France, Germany, Luxembourg, Spain, and Turkey agreed to lend Airbus €1.5bn to proceed with the programme in November 2010; however, Germany and the UK reduced the number of aircraft ordered to 53 and 22 respectively, decreasing the total to 170.

The first deliveries were made to the French Air Force in August 2013, and the remaining deliveries are expected to conclude in 2025.

The development of the A400M fleet was designated as Grizzly in July 2010. Trials with the MSN1, MSN3, and MSN5 are performed in Toulouse while those with the MSN2 and MSN4 are carried out in Seville, providing greater flexibility and taking advantage of the best weather conditions available.

The A400M was displayed at two events in 2010: the Berlin Air Show in Germany, and the Farnborough International Air Show in the UK.

The A400M was tested on wet runways and taxiways in October 2011. The water ingestion test was completed successfully. The latest cold-weather tests were concluded in February 2013.

Airbus completed a certification testing of the A400M on grass runways in November 2015. The aircraft demonstrated its ability to land on the soft unpaved runway at Pembrey Sands Beach, UK, in May 2017.

An A400M refuelled six of the Spanish Air Force’s F 18 fighter jets in a single flight as part of an air-to-air refuelling human factors certification flight conducted in December 2017.

The airlifter successfully demonstrated its paratrooping deployment capability, with a maximum dispatch of 116 paratroopers using both side doors in a certification fight test, which was conducted in May 2020.

The aircraft reached a new milestone with the qualification of its automatic low-level flight capability, which provides a special class capability for military transport aircraft, in May 2020. This first qualification phase involves operations with visual meteorological conditions with visibility for the crew. The second phase certification includes the instrumental meteorological parameters, without visibility.

The French Armament General Directorate (DGA) and Airbus Defence and Space conducted an important helicopter refuelling certification campaign for the A400M in April 2021. The flight tests for the airlifter involved refuelling operations with two H225M helicopters from the French Air Force.

The tests were conducted during the day and night at altitudes ranging between 1,000ft (304.8m) and 10,000ft (3,048m), and speeds as low as 105kt. The aircraft achieved the objective of refuelling two helicopters simultaneously for the first time.

In April 2005, South Africa signed a contract with Airbus Military to be a full participant in the A400M programme. South Africa ordered eight aircraft to be delivered between 2010 and 2014. South Africa then cancelled the order in November 2009.

In December 2005, Malaysia signed a contract for the purchase of four A400M aircraft. Deliveries began in March 2015 and concluded in March 2017.

The Airbus A400M airlifter ordered by the Luxembourgish Air Forces made its maiden flight in April 2020, marking a significant milestone in its development. The aircraft, named the MSN104, was delivered in October 2020.

A total of 90 A400M aircraft have been delivered as of April 2020. Airbus delivered the tenth A400M to the Spanish Air Force in May 2021, which marked the completion of 100 deliveries globally.

In June 2019, German Bundesamt für Ausrüstung, Informationstechnik und Nutzung der Bundeswehr (BAAINBw) signed a contract with Airbus Defence and Space for the integration and certification of a J-MUSIC directed infrared countermeasure (DIRCM) system inside the defensive aids sub-system (DASS) for the A400M aircraft of the German Air Force.

Airbus delivered the first aircraft to the Belgian Air Force in December 2020. Known as the MSN106, the aircraft is based at the 15th Wing Air Transport in Melsbroek, Belgium.

The Republic of Kazakhstan signed a contract with Airbus Defence for the delivery of two A400Ms in September 2021. The contract also includes maintenance and training support. The first aircraft is expected to be delivered in 2024.

The A400M has a much larger payload than the C-160 Transall and C-130, and the design makes extensive use of composite materials. Its capability for short, soft field landing and take-off is part of the requirement and the aircraft has six-wheel high-flotation main landing gear.

Airdrops and tactical flight requires good low-airspeed flight, and the aircraft is also capable of long-range, high-cruise speeds for rapid and flexible deployment.

The A400M  cockpit is fully night-vision compatible and provides accommodation for two pilots and an additional crew member for special mission equipment operations. It is fitted with a fly-by-wire flight control system developed for the Airbus range of civil airliners.

Two sidestick controllers are installed to provide the pilot with an unrestricted view of the electronic flight displays. The throttle controls are placed centrally between the two pilot stations.

The EADS Defence Electronics defensive aids suite includes an ALR-400 radar warner from Indra and EADS, a multicolour infrared alerting sensor (MIRAS), a missile launch and approach warner developed by EADS and Thales, and chaff and flare decoy dispensers. Diehl Defence is the supplier of the DE DIRCM system, which is based on Elbit Systems’ J-MUSIC DIRCM and will be integrated into the German A400M fleet. The company awarded a $73m contract to Elbit Systems to provide the J-MUSIC DIRCM in June 2019.

The payload requirements include a range of military helicopters and vehicles, heavy engineering equipment, pallets, and cargo containers. The maximum payload carrying capacity of the aircraft is 37t and its volume is 340m³ (12,000ft³).

The cargo bay can transport up to nine standard military pallets (2.23m x 2.74m), including two on the ramp, as well as 58 troops seated along the sides, or up to 120 fully equipped troops seated in four rows. For Medevac, it can carry up to 66 stretchers and 25 medical personnel.

The cargo compartment can be configured for cargo, vehicle or troop transport or airdrops, a combination of these, and for aero-medical evacuation. A single loadmaster can reconfigure the cargo compartment for different roles, either in flight or on the ground. A powered crane installed in the ceiling area of the rear section of the fuselage has a 5t capacity for loading from the ground and cross-loading.

The rear-opening door has a full compartment cross-section to allow axial load movement, roll-on and roll-off loading, and the airdropping of large loads. The autonomous ground operations of the aircraft reduce the time on the ground to minimise the risk of hostile action from enemy forces.

The A400M can be converted into a tactical tanker that has the ability to refuel a range of aircraft and helicopters within two hours. Flight Refuelling is supplying the 908E wing pod drogue system, which provides a fuel flow of up to 1,200kg/min for each pod, plus the centreline pallet-mounted hose drum unit fitted in the rear cargo bay, which supplies a fuel flow of 1,800kg/min.

Up to two cargo bay fuel tanks (CBT), which connect directly to the A400M’s fuel management system, can be fitted. The total fuel capacity is 46.7t or 58t with the CBTs.

GKN Aerospace won a £6m ($9.54m) contract from Cobham Mission Equipment in October 2011. It includes supplying the air refuelling pylon for the A400M and supplying a wing spar for the A400M.

Navigation in the A400M

Engines onboard the A400M

Each of the four engines has a maximum output of more than 11,000shp. EPI states that they are the largest turboprops ever made in the West. The engines are fitted with FADEC (full authority digital engine control), supplied by BAE Systems and Hispano-Suiza.

The turboprop arrangement has two turbofans on either side of the fuselage. The counter-rotation of the fans creates a symmetrical airflow over the wing to improve the lift capacity, handling, and stability. Additionally, it reduces the structural weight of the wing and minimises the adverse yaw in the event of an engine failure.

French firm Ratier-Figeac, a business unit of US-based Hamilton Standard, supplies the eight-bladed composite variable pitch FH386 propellers. The propellers are 5.33m (17.5ft) in diameter and can reverse and support the fully loaded aircraft up a slope. FiatAvio supplies the propeller gearbox. Electrical power generation systems are supplied by Aerolec, a joint venture between Thales and Goodrich. The variable frequency generators provide up to 400kVa.

Landing gear on the A400M

Messier-Dowty was chosen as the supplier of both the main and nose landing gear. Each main landing gear consists of three independent twin-wheel assemblies, providing six wheels on each side. This allows the plane to land on unprepared runways. The landing gear system also enables the A400M to ‘kneel’, which lowers the rear ramp to enable the loading of large vehicles.

The main landing gear shock absorbers maintain a minimum distance from the ground. The aircraft has two nose wheels and 12 braked wheels supplied by Messier-Bugatti.

The power plant is installed on the inner engine mount of the C-130K flight test-bed.

The take-off and landing distances of the aircraft are 980m and 770m respectively. The aircraft weighs approximately 76,500kg and the maximum take-off weight is 141,000kg. 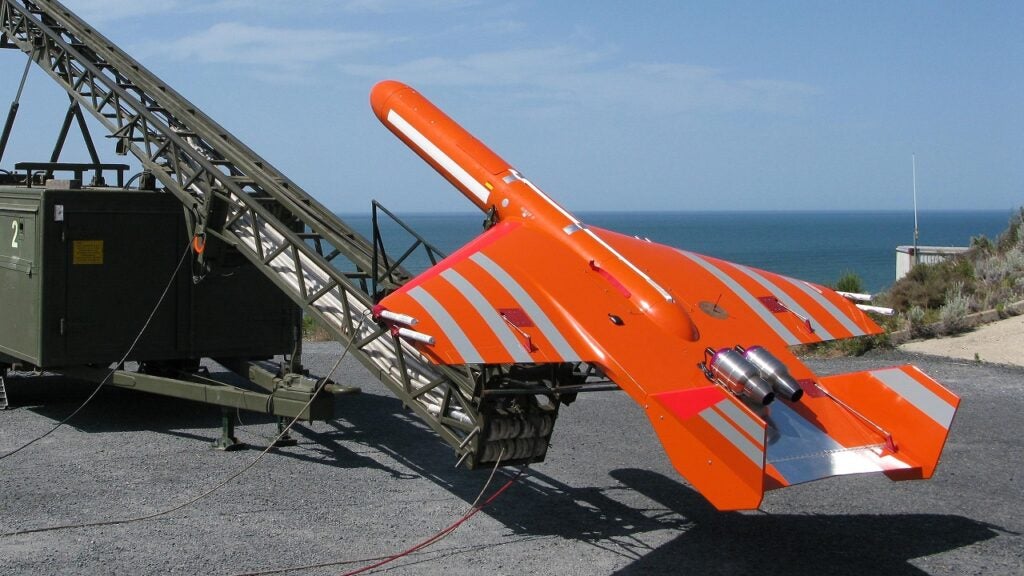