The case has been filed in Texas’ Tarrant County District Court on 7 April. The news was first reported by Dallas NBC affiliate KXAS-TV.

Boeing has accused the supplier of failing to meet several deadlines and delivery dates and cancelled the contracts for its ‘insolvency and failure to meet contractual obligations’.

In the complaint, the company said that GDC Technics was one year behind schedule to finish interior work associated with the two highly customised 747-8 aircraft to be used as Air Force One, reported Reuters. 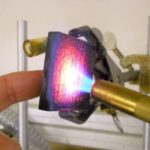 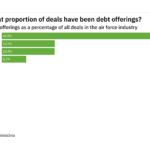 In the court filing, the news agency quoted Boeing as saying that the numerous delays ‘have resulted in millions of dollars in damages to Boeing and threaten to jeopardise work that is of critical importance to the US Air Force and the president of the United States’.

These aircraft will be delivered by December 2024.

Equipped with military avionics, advanced communications, as well as a self-defence system, Air Force One is designed to serve as an airborne White House and designated as VC-25A.

It can fly in tough security scenarios and function as a mobile command centre in the event of an attack on the nation.

Air Force One is maintained and operated by the Presidential Airlift Group, part of the White House Military Office.