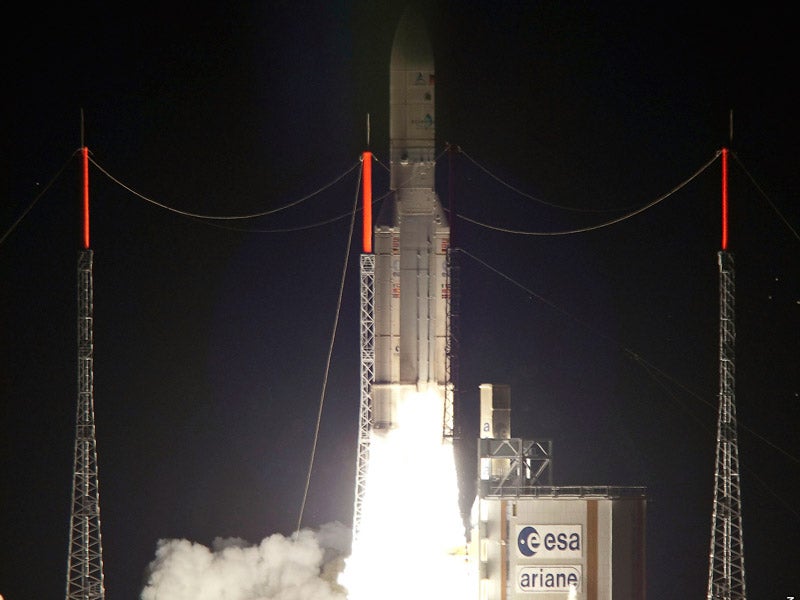 The multi-mission satellites facilitate reliable and secure communications between the military authorities, government and armed forces deployed globally, from the Americas to Eastern Asia. Their applications include voice, fax, database access, video and multimedia.

The satellites’ ground stations are located in the DLR’s Weilheim Ground Station Complex.

Development and contractors involved with the SATCOMBw programme

The German Armed Forces awarded a contract to a team led by MilSat Services in July 2006, to carry out SATCOMBw stage 2 military communications programme for ten years. The contractual scope included in-orbit delivery and operation of two communications satellites, development of anchor station and ground user terminal segment, as well as modernisation of the central command, control and network management centres located in Germany.

Airbus Defence and Space is the prime contractor for the entire space segment, in-orbit delivery of the satellites, and ground testing.

The German Armed Forces procurement agency (BAAINBw) awarded a contract worth €145m ($163.7m) to Airbus Defence and Space in March 2016 for in-orbit operation of the SATCOMBw until 2022.

The company also agreed to operate the satellite system‘s teleport and associated networks located in Weilheim, Germany, until 2022.

Design and payloads of the German military satellites

The two COMSATBw multi-mission satellites are based on Spacebus 3000B2 platform, developed by Thales Alenia Space. Each satellite is 2.8m-long, 1.8m-wide and 2.9m-high, and has a launch weight of approximately 2,500kg. It is capable of delivering a payload power of 3.5kW. The orbit altitude of the satellite is 36,000km and the design life is 15 years.

"The multi-mission satellites facilitate reliable and secure communications between the military authorities, government and armed forces deployed globally, from the Americas to Eastern Asia."

The military communications satellites were launched aboard an Ariane 5 rocket, owned by Arianespace, from Guiana Space Centre in Kourou, French Guiana.

Ariane 5 ECA heavy-lift launcher, an enhanced version of the Ariane 5 generic launcher, is designed to place payloads weighing up to 10,500kg into geostationary transfer orbit.

The launch vehicle integrates three stages. The cryogenic main core stage is powered by a Vulcain 2 engine with 175t liquid oxygen and hydrogen propellants, and is coupled with two 240t solid propellant boosters.

The cryogenic upper stage uses a HM7B engine with 14.7t liquid hydrogen and oxygen propellants. The payload fairing at the upper part protects the payloads at launch and during atmospheric flight.