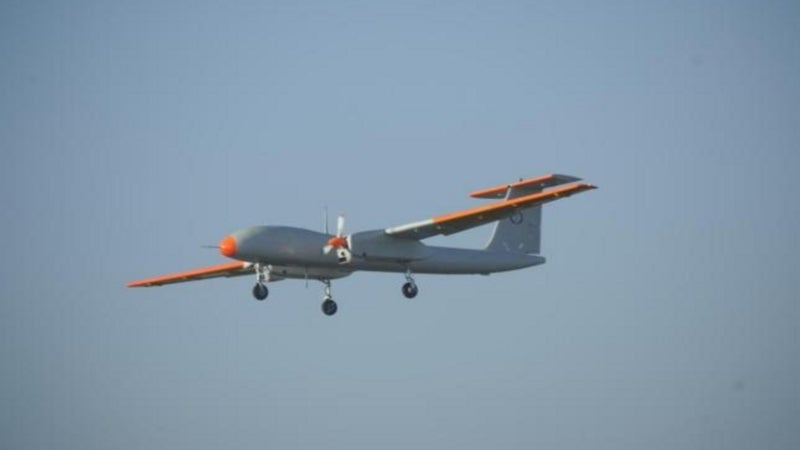 Rustom-II MALE UAV is the latest addition to the Rustom series of UAVs, which also include Rustom-I, Rustom-H and Rustom-C. It is intended for use by the Indian Armed Forces including army, navy and air force in intelligence, surveillance and reconnaissance (ISR) tasks.

During the maiden flight, the UAV’s take-off, landing and level flight capabilities have been tested by the Indian Armed Forces. The prototype is set to undergo user validation trails upon completion of the design verification testing.

Certification and quality assurance for the Rustom-II’s maiden flight have been approved by the Directorate General of Aeronautical Quality Assurance (DGAQA) and the Center for Military Airworthiness and Certification (CEMILAC).

Aeronautical Development Establishment (ADE), a laboratory of DRDO based in Bangalore, Karnataka, India, was responsible for the design and development of the Rustom-II UAV. Hindustan Aeronautics Limited (HAL) was the lead integrator, while Bharat Electronics Limited (BEL) developed ground control station for the UAV.

The drone’s fuselage was built by Taneja Aerospace & Aviation, an Indian-based manufacturer of aircraft structural assemblies. Wind tunnel testing for the Rustom-II was performed by Aarav Unmanned Systems, also based in India.

The Rustom-II MALE drone is based on Rustom-H unmanned combat aerial vehicle and features lightweight airframe. It has a length of 9.5m and an empty weight of 1,800kg.

It is equipped with mid-set, high aspect ratio wings spanning 20.6m. The tail section is configured with a conventional T-type vertical stabiliser with a high-mounted horizontal tail plane.

The UAV’s tri-cycle landing gear allows it to make safe take-off and landing manoeuvres on hard surfaces. It has a single nose wheel in the front and two single-wheeled main gears at the centre of gravity.

In addition, the drone carries medium-range and long-range electro optic sensors in a modular payload pod mounted under the nose for capturing imagery and video.

The Rustom-II UAV incorporates a data link, which is developed by Defence Electronics Application Laboratory (DEAL) of DRDO, to transmit the ISR data, imagery and video collected by the payloads to its ground control station in real time.

"It is intended for use by the Indian Armed Forces including army, navy and air force in intelligence, surveillance and reconnaissance (ISR) tasks."

It can fly in either autonomous or manual modes. An onboard flight control system allows the UAV to execute missions autonomously using waypoint navigation. The manual mode of operation is performed by an operator from the ground control station.

Each engine generates a thrust of 450 kilogram-forces (kgf) and is mated to a three-blade propeller to provide increased manoeuvrability.

The UAV can fly at a maximum speed of 225km/h and endure for up to 24 hours. It has the ability to operate at line of sight ranges of 250km. The drone’s maximum flight altitude above the mean sea level is 35,000ft.