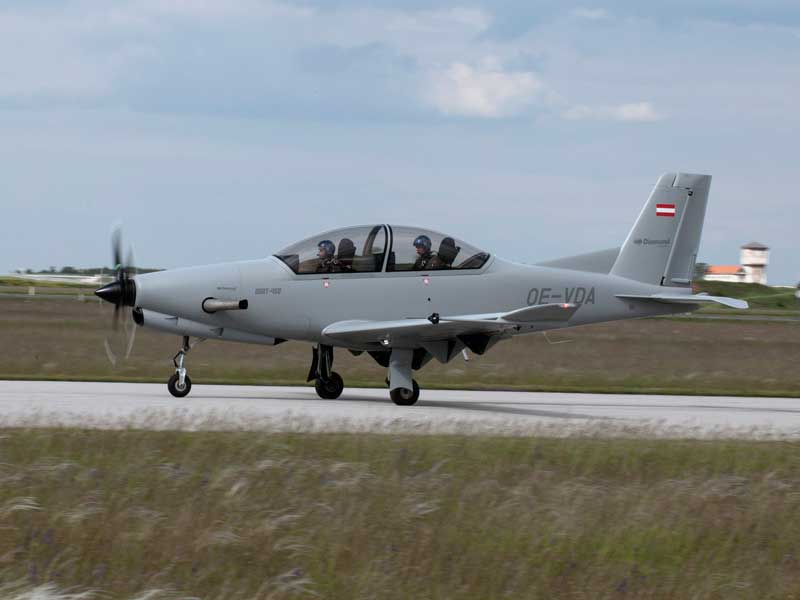 The design of DART-450 was unveiled at the Aero Friedrichshafen 2015. The first DART-450 prototype aircraft made its first flight in May 2016. The successful flight test paved the way for the certification process, scheduled for completion by the end of 2016.

The aircraft will be displayed at the Farnborough International Airshow to be held in July 2016 and is expected to enter service in 2017.

The aircraft is primarily intended for pilot training, acrobatics and reconnaissance missions. It is expected to offer low-cost competition to existing trainer aircraft in its class.

The DART-450 trainer incorporates a low-wing monoplane design. The under fuselage is fitted with retractable tricycle landing gear.

The aircraft has a provision to carry an electro-optical / infrared (EO / IR) sensor gimbal that can retract into the underbody. It has a wingspan of 10m, maximum take-off weight of 1,700kg and empty weight of 1,050kg.

The cockpit is equipped with side-stick control and ejection seats. The side-stick will initially be mated to conventionally boosted flight controls, before being integrated into a fly-by-wire system when designed.

The aircraft is equipped with a single AI-450SD turboprop engine produced by Ivchenko Progress / Motor Sich. The engine drives a five-bladed MT propeller and offers a maximum take-off power of 400hp to 495hp. The emergency power rating of the engine is 495hp.

"The aircraft will be displayed at the Farnborough International Airshow to be held in July 2016 and is expected to enter service in 2017."

The engine features a two-rotor design including rotors’ core and free turbine with output shaft, and is equipped with a full authority digital engine control (FADEC) system. The aircraft has a fuel tank capacity of 450l and is expected to offer a fuel consumption of 90l/h. The operating cost of the aircraft is expected to be $500 an hour.

The maximum rate of climb of the aircraft exceeds 15m/s, while the maximum endurance is eight hours plus reserve capacity.

The aircraft has a maximum operational altitude of 7,000m and requires a take-off distance of 600m and landing roll of 400m. Its aerobatic design allows for manoeuvring between the g-limits of 7g and -5g.