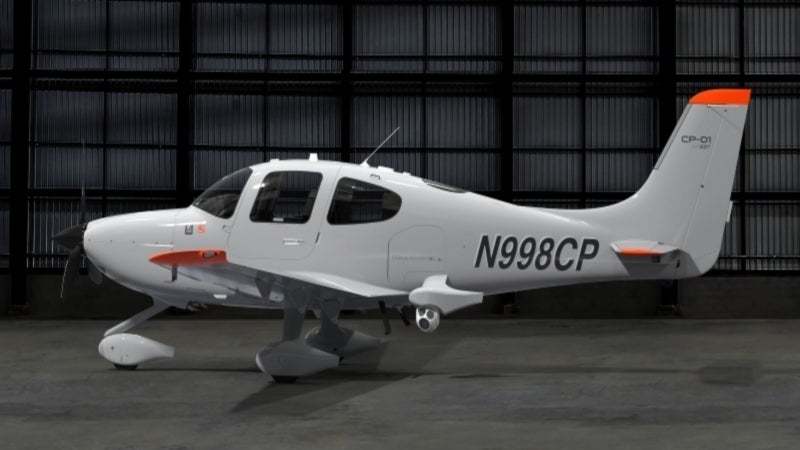 Cirrus Perception is a multi-mission intelligence, surveillance and reconnaissance (ISR) aircraft developed by Cirrus Aircraft. It is based on the Cirrus SR22 / SR22T civil utility aircraft.

Unveiled in July 2014, Cirrus Perception is certified by the Federal Aviation Administration (FAA) and was displayed for the first time to the public during the Airborne Law Enforcement Association (ALEA) Expo in July.

Cirrus Perception features a low-wing cantilever monoplane design. Its fuselage is made of composite materials and is equipped with a recovery parachute system known as Cirrus Airframe Parachute System (CAPS).

The under-fuselage is fitted with a non-retractable tricycle landing gear, including a castering nose wheel and two steerable main wheels. The cabin offers seating for a crew and up to four passengers, who can access it through doors on either side of the fuselage. The cabin also features USB power ports, standard leather interior and tinted windows.

The open architecture of the sensor mounting system allows for the integration of sensors and imaging systems from leading sensor systems integrators. The customers can select a range of user stations and mission-specific equipment and can remove / reconfigure the sensor suite according to their requirements.

Engine and performance of the special mission aircraft

The aircraft based on the SR22 airframe has a stall speed of 60 knots calibrated airspeed (KCAS) and maximum cruise speed of 183 knots true airspeed (KTAS).

The special mission aircraft can climb at a rate of 6.45m/sec to reach a maximum altitude of 5,334m, and requires a take-off distance of 330m along with a landing ground roll of 359m.