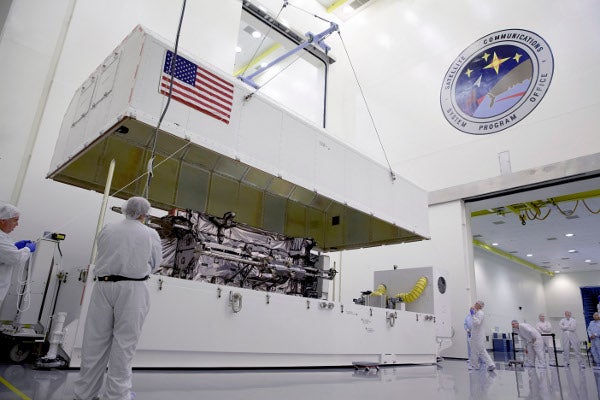 During testing, the Lockheed Martin-built satellite’s prototype, GPS III non-flight satellite testbed (GNST) confirmed its ability to connect with and receive commands from Raytheon’s launch and check out system (LCS) as part of the OCX, which supports the satellite and lessens risks prior to launch.

Currently residing at Cape Canaveral Air Force Station (CCAFS) in Florida, the GNST received commands from the launch and checkout capability (LCC) node at Lockheed Martin’s Pennsylvania facility, through the OCX servers at Raytheon’s facility in Colorado, and then returned satellite telemetry to the control station.

Raytheon GPS OCX programme manager Matthew Gilligan said the test was an invaluable early opportunity for demonstration of GPS III’s command and control with LCS, proving the end-to-end system capabilities prior to the actual launch.

"The positive results tell us that we are right on track for the first GPS III launch," Gilligan said.

Lockheed Martin Navigation Systems mission area vice-president Keoki Jackson said: "While we have connected OCX with ground-based simulators before, these C&I tests were the first time that OCX and a GPS III satellite have actually communicated."

"The positive results tell us that we are right on track for the first GPS III launch."

The GNST is dry-running launch base space vehicle processing activities and pre-launch testing, which all future flight GPS III satellites are scheduled to undergo as of July at CCAFS.

Capable of controlling all legacy and new military and civil signals, the OCX is an advanced operational gateway service expected to revolutionise GPS command and control and mission management capabilities, and also provide protection against evolving cyber threats.

Both GPS III satellites and OCX represent critical elements of the USAF’s initiative to affordably upgrade the GPS enterprise, while enhancing capabilities to address the evolving requirements of military, commercial and civilian users worldwide.

Currently under contract for the production of the first four GPS III satellites (SV 1-4), Lockheed is scheduled to deliver the first satellite in 2014 for planned launch in 2015.