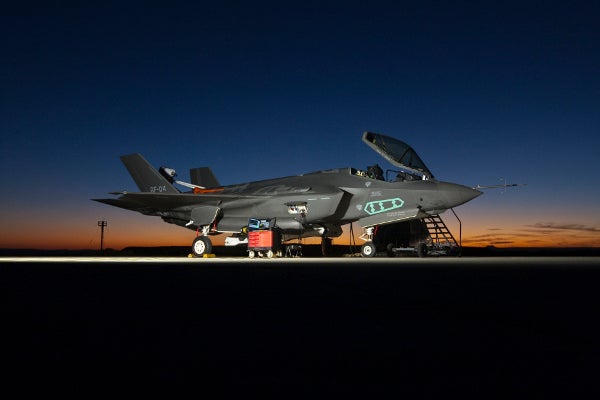 The US Air Force (USAF) has successfully completed high angle of attack (AoA) testing of the F-35A Lightning II conventional take off and landing (CTOL) fighter aircraft at Edwards Air Force Base (AFB) in California, US.

Carried out by the F-35 Integrated Test Force (ITF) team, the edge-of-the-envelope testing accomplished high AOA beyond both the positive and negative maximum command limits, which involved intentionally putting the aircraft out of control in an array of configurations.

Designated AF-4, the aircraft was initially flown in the stealth clean wing configuration, and was subsequently tested with external air-to-air pylons and missiles, as well as with open weapon bay doors.

Initiated in the fall of 2012, the high AoA testing successfully validated the capabilities of all design loadings and the flight control systems of the F-35A fighter.

The testing included the first intentional departure of controlled flight in December 2012, and expansion of the aircraft’s high AoA envelope to 50°, which if cleared, will directly support the warfighter’s air superiority requirements by enabling aggressive manoeuvring of the aircraft.

During the entire AoA testing programme, the aircraft achieved a 100% success rate in recovering from out of control flight.

Developmental testing with F-35A jets has previously been restricted to a flight envelope between -10° and 20° AoA.

During the entire AoA testing programme, the aircraft achieved a 100% success rate in recovering from out of control flight, without requiring the use of the spin recovery chute, which is carried to maximise aircrew safety.

Variants of the aircraft currently include a F-35B short takeoff and vertical landing (STOVL) aircraft for the US Marine Corps, and a carrier version (CV) for the US and UK Royal Navy.