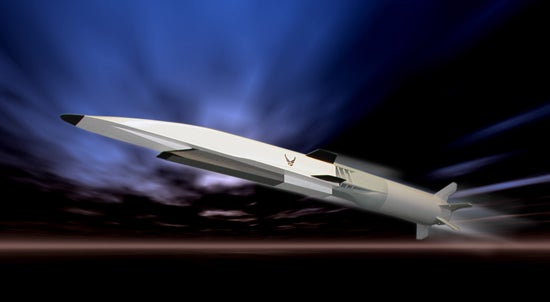 Brink told Reuters that the USAF engineers are currently modifying the final X-51A vehicle for flight tests, which are scheduled to be conducted in late spring or early summer of 2013.

The programme was considered for cancellation by the USAF following a failed test flight of the third Boeing-built vehicle over the Pacific Ocean in August 2012, due to problems with one of the cruiser control fins.

During the testing, conducted in an attempt to reach a speed of Mach 6, the Waverider crashed into the Pacific Ocean 15 seconds following separation from its preliminary rocket booster, before the Scramjet engine was ignited.

Ruling out any software or power malfunction as a cause for the failure, Brink told the news agency that the preliminary results from an investigation points towards a "random vibration issue" that led to early deployment of one of the control fins.

"I can’t say conclusively that’s it, but it’s looking more and more like the cause," Brink said, adding the investigation is expected to becompleted in the middle of December 2012.

"I’m fairly confident that in the next couple of months we’ll have the investigation complete and we’ll move on. We’re already preparing the fourth flight vehicle. We’re doing those things in parallel," Brink added.

The programme is jointly managed by a consortium of AFRL, Defence Advanced Research Projects Agency (DARPA), Boeing and Pratt & Whitney Rocketdyne, and is supported by Nasa.