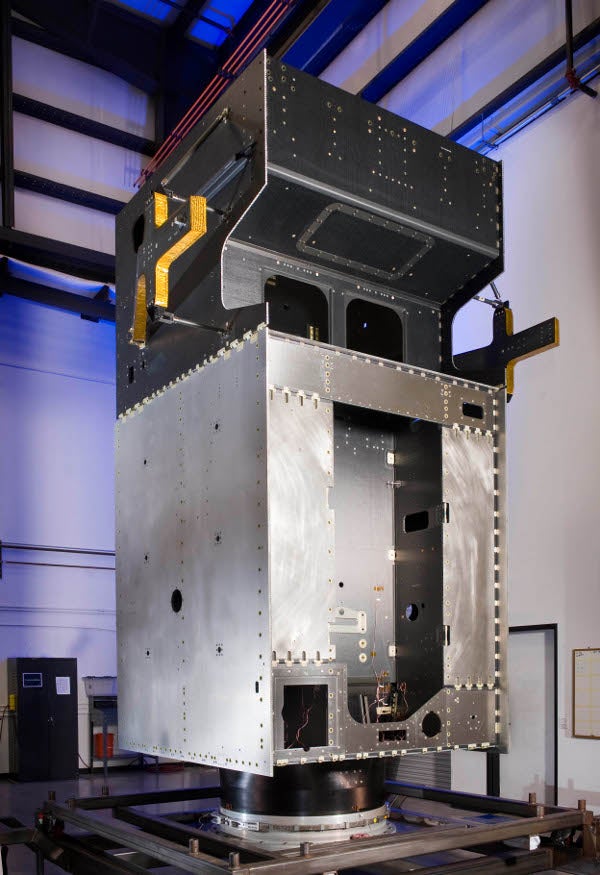 Lockheed Martin has delivered the core structure for the US Air Force’s (USAF) fourth Space Based Infrared System (SBIRS) geosynchronous (GEO-4) spacecraft to its Mississippi Space and Technology Center facility in the US.

Lockheed engineers and technicians will now continue with further integration on the spacecraft’s propulsion subsystem.

The GEO-4 core structure has been designed from lightweight, high-strength composite materials to help endure the accelerations and vibrations generated during the launch and also to support the spacecraft throughout its on-orbit operations.

Following the integration, the core propulsion module will be transferred to Sunnyvale, California, US, for final assembly, integration and testing.

"In addition, we have a number of affordability initiatives in place jointly with the Air Force to continually reduce the cost of each follow-on SBIRS satellite."

The USAF will equip SBIRS with superior infrared sensing capabilities to provide reliable, timely and accurate warnings about theatre and strategic missile launches.

Lockheed is the SBIRS prime contractor and Northrop Grumman is the payload integrator, while the team is led by the Infrared Space Systems Directorate at the US Air Force Space and Missile Systems Center, US.

SBIRS GEO-1 was launched by USAF on 7 May 2011 from Cape Canaveral onboard an Atlas V rocket, and the GEO-2 spacecraft has recently completed final integrated system test (FIST) while GEO-3 is currently under production.