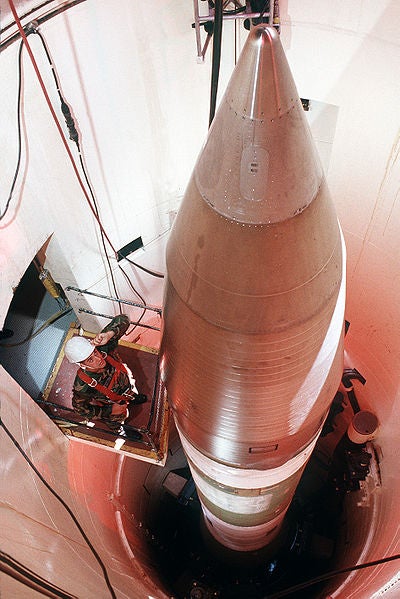 Awarded by the USAF Space Development and Test Directorate (SDTD) as part of the Rocket Systems Launch Program (RSLP), the $81m contract features a one-year base performance period, and could possibly extend to November 2017, if all options are exercised.

Under the contract, the company will provide support services for the ongoing ageing surveillance for Peacekeeper and Minuteman intercontinental ballistic missile (ICBM) rockets in the next year.

Additional responsibilities include special studies and efforts, including static test support, motor disposals and additional component development or testing on an as-required basis.

ATK spokeswoman Hillary Searle said an average service life of a motor ranges from 25 years to 50 years, depending on its application, and can be appropriately determined through the ageing and surveillance programme. ATK has been providing support services for the RSLP’s solid rocket motor propulsion efforts since 1997.

Work under the contract is scheduled to be carried out at the company’s facilities in Box Elder County and in Magna, US.