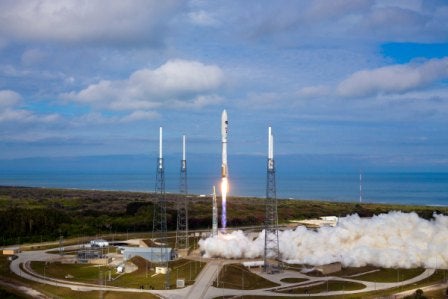 The latest launch of OTV-1, which returned to Earth in December 2010 following its first launch in April the same year, represents the next step in the air force’s initiative to enhance space capability and further develop an affordable, reusable space vehicle.

"As with previous missions, actual duration will depend on the execution of test objectives, on-orbit vehicle performance, and conditions at the landing site," McIntyre added.

As the only current space shuttle capable of returning to Earth and being reused, OTV-1 spent 224 days in orbit, while the second vehicle, OTV-2, clocked 469 days in space before making an autonomous landing at Vandenberg Air Force Base in California, US, in June 2012.

Measuring 8.8m in length, the X-37B is a derivative of the Boeing X-40A space manoeuvre vehicle, and can operate at Mach 25 velocity range upon its re-entry.