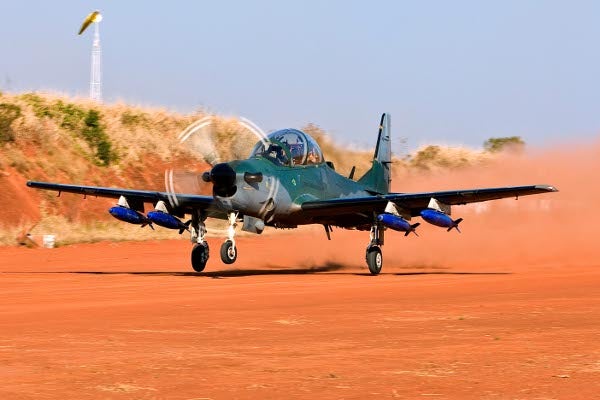 The US Air Force (USAF) has selected FLIR Systems as part of the supplier network of its recently awarded light air support (LAS) contract to the Sierra Nevada Corporation (SNC) and Embraer Defense & Security team.

Under the $22m contract, the company will supply its BRITE Star DP advanced imaging systems for installation on the A-29 Super Tucano aircraft, scheduled to be provided by the team under the $427.5m contract.

FLIR president and CEO Earl Lewis said the selection for LAS programme is indicative of the increasing variety of the customers, regions, and platforms served by the company.

A latest generation of the combat-proven BRITE Star laser designation system, the BRITE Star DP is a low-risk system for reliable, intelligence, surveillance, and reconnaissance (ISR) and long-range target designation applications in the battlefield.

Awarded in February, the LAS contract covers deliveries of a total of 20 A-29 Super Tucanos, along with associated maintenance and training support to the AAF, as part of US support to the country following strategic withdrawal at the end of next year.

Expected to be delivered in the summer of 2014, the aircraft will be used for conducting advanced flight training, surveillance, close air support or ground troops and air interdiction missions.

Manufacturing work under the contract is scheduled to be carried out at the company’s facility in Wilsonville, Oregon, US, with deliveries starting in June and continuing throughout 2013 and 2014.