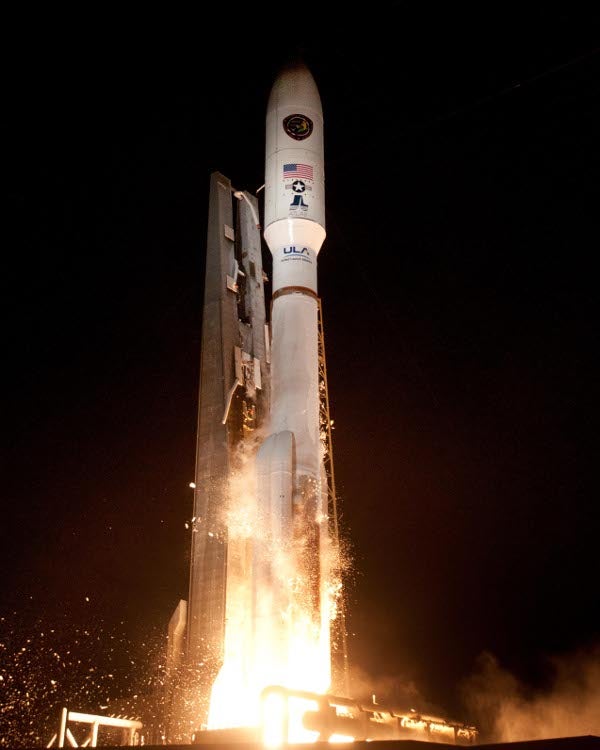 The satellite was launched onboard a United Launch Alliance’s (ULA) Atlas V rocket, which flew in the 531 vehicle configuration with a 5m fairing, three solid rocket boosters and a single-engine Centaur upper stage.

"AEHF is functioning well in tests, and allies are connecting to the system for the first time," Calass said. "It shows that our product is meeting mission needs, and we have room to expand capacity for both tactical and strategic users in the future."

"AEHF is functioning well in tests, and allies are connecting to the system for the first time."

Commenting on the launch, 45th Space Wing commander brigadier general Nina Armagno said: "This successful launch helps to ensure that vital communications will continue to bolster our nation’s military capabilities and showcases once again why the 45th Space Wing is the world’s premiere gateway to space."

A follow-on to USAF’s Milstar system, AEHF is the next-generation of protected military satellite communications system designed to provide enhanced global, survivable, protected communications for the US troops and its allied militaries, including the UK, Canada and Netherlands.

Equipped with phased array antennas that can block out potential jamming sources, the satellite can operate at 44GHz uplink and 20GHz downlink, and also offer critical survivable, protected and endurable communications links to national leaders, including presidential conferencing during all levels of conflict.

Lockheed is currently under contract to deliver six AEHF satellites along with a mission control segment to USAF.

The initial two AEHF satellites were launched from CCAFS in August 2010 and May 2012 respectively, whereas the AEHF-4, 5 and 6 are advancing on schedule.