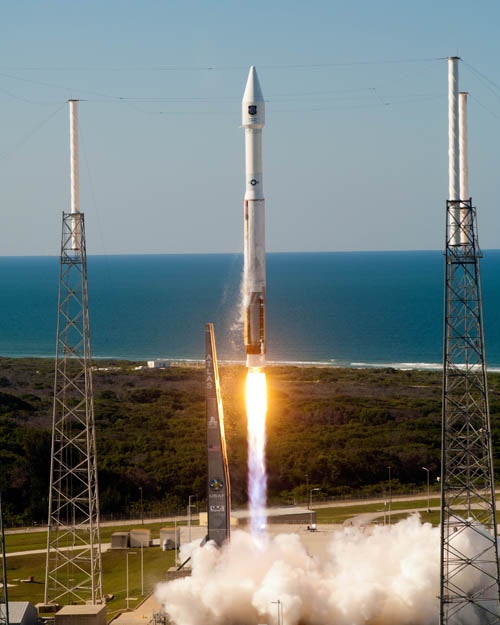 Designated as Space Vehicle Number-66 (SVN-66), the spacecraft represents the first GPS IIF to be launched by an Atlas V rocket.

It is also the first under the launch and on-orbit support contract secured by the company in late 2012.

Delivered to USAF in February 2012, the satellite is scheduled to be declared operational following completion of checkout, even though it was confirmed to be performing as expected by the company’s personnel in El Segundo Satellite Development Center, approximately three hours and 25 minutes after the launch.

Capable of providing jam-resistant military signal in hostile environments, the GPS IIF satellites are an interim class of next-generation satellites designed to replace the GPS Block IIA satellites, which were launched between 1990 and 1997.

In addition to offering greater navigational accuracy through improvements in atomic clock technology, the satellites deliver a second civil signal (L2C) for dual-frequency equipment, as well as a new third civil signal (L5) to support commercial aviation and safety-of-life applications.

Currently under contract with the US Department of Defense (DoD) for production of 12 GPS IIF satellites, Boeing has manufactured five satellites, of which the first three were launched aboard a United Launch Alliance Delta IV vehicle in May 2010, July 2011 and November 2012 respectively.

The company is planning to complete production of three satellites this year, whereas five others are ready for call-up and launch as required.