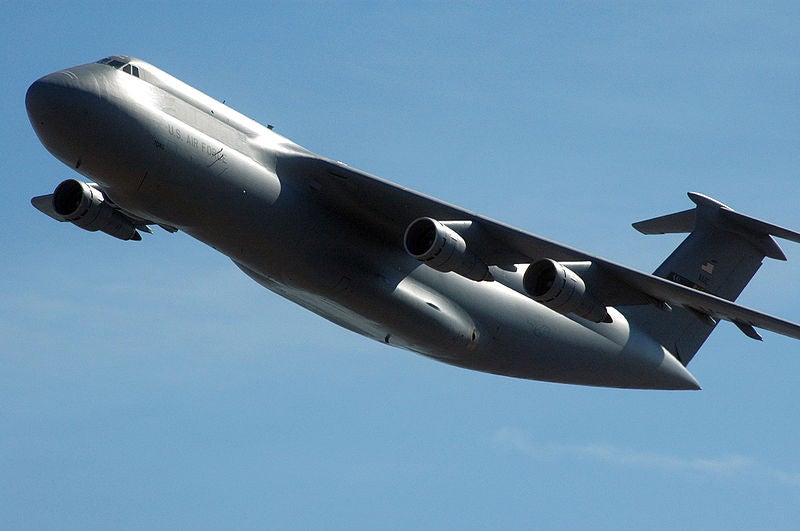 Wyle has secured a contract for the modernisation of legacy life rafts used onboard the US Air Force’s (USAF) C-5 Galaxy transport aircraft fleet.

Under the $850,000 contract, the company will conduct research and develop a technical data package and prototypes to upgrade the 1960s-era 25-person life rafts present on the aircraft.

In addition to providing engineering support required for acquisition and maintenance of the rafts in the future, the company will reverse-engineer components of the raft system, if necessary.

Commenting on the contract, Wyle Aerospace Group vice president Martin Kosiek said: "Wyle’s experts will assess the life raft functions and requirements, and then prioritise the ideal solution for the entire system, resulting in improved maintenance and longevity of these systems."

The aircraft has been extensively operated since 1969 by USAF in support of US military operations in all major conflicts.

Capable of taking off or landing in relatively short distances, the aircraft features a distinctive high T-tail, and can simultaneously carry 36 standard pallets and 81 troops, or any of the army’s air-transportable combat equipment, including the 74t mobile scissors bridge.

The aircraft has been extensively operated since 1969 by USAF in support of US military operations in all major conflicts, including Vietnam, Iraq, Yugoslavia and Afghanistan, as well as allies, such as Israel during the Yom Kippur War, and Nato operations during the Gulf War.

Work under the contract will be carried out at the Warner Robins Air Logistics Center, which is located at Robins Air Force Base in Georgia, US, while the performance period has not been disclosed by the company.

Image: The USAF’s C-5 aircraft taking off from Robins AFB in Georgia, US. Photo: US Air Force photo by Sue Sapp.