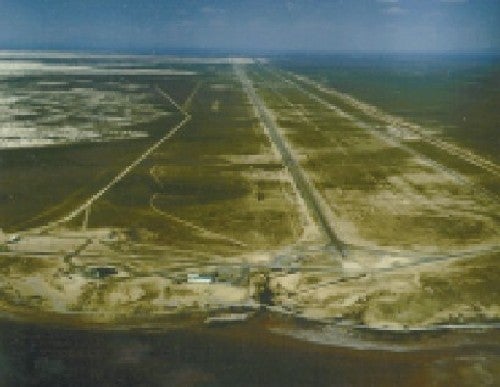 The US Air Force’s (USAF) 846th Test Squadron has successfully completed high-speed sled testing of an advanced conventional precision effects warhead at the Holloman High Speed Test Track, which is located on Holloman Air Force Base in New Mexico, US. Designed and developed by the Lawrence Livermore National Laboratory (LLNL), the kinetic energy projectile warhead forms a critical part of a national initiative to establish a conventional prompt global strike (CPGS) capability, which will enable the US to defend its interests with precision weapons at hypersonic speeds. US strategic warfare director’s special assistant Susan Hurd said during an interview with the American Forces Press Service that the successful execution of the warhead’s high-speed sled test marks a necessary step in the progression to a CPGS capability. "Now that we’ve demonstrated that the warhead functions in a flight representative environment we’re one important step closer to that goal," Hurd said.

"The sled test subjected the warhead to the dynamic environment it is likely to encounter during a flight and target engagement."

"High performance computer modeling and simulation as well as a series of small scale and static tests have already been done on this warhead. But in order to assess its performance in flight conditions you have to do the dynamic test – you have to do the sled test.” During testing, the sled train, designed by the Holloman High Speed Test Track to push the warhead down the track to extremely high velocity, exceeded 3,500 ft/sec, which is greater than Mach 3 or three times the speed of sound, according to Hurd. The sled test subjected the warhead to the dynamic environment it is likely to encounter during a flight and target engagement. In addition to designing the sled train, the Holloman High Speed Test Track also deployed a range of diagnostics and instrumentation to collect data, which is expected to apply to all CPGS concepts under consideration, according to the Department of Defense (DoD).