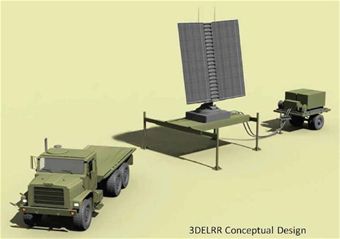 McDonald said the acquisition strategy has been revised in the wake of the US budget crisis and a combination of several other factors.

"We modified the strategy to further leverage competition to look at needed capability, different approaches to delivering that capability and doing so in the most affordable manner," McDonald added.

The final request for proposal (RFP) for the $108m contract is expected to be released in May 2012, followed by a contract award in August 2012.

"This acquisition strategy is our response. Now, we need strong industry performance to offer the most affordable solution that provides this needed capability to our warfighters," said McDonald.

The 3DELRR Program Office, which had been planning to award a single contract prior to Milestone B, will now use the lowest price technically acceptable approach for 3DELRR source selection.

The service will now award up to three contracts for Technology Development (TD) phase, in response to competitive prototyping up to Milestone B, as encouraged by the then acting undersecretary of Defense for Acquisition, Technology and Logistics John Young in the September 2007 memorandum.

McDonald said the service is also planning to issue a latest revision of 3DELRR requirements, focusing on early examination of cost versus capability trade-offs, against which successful bidders would produce their preliminary designs.

Designed to replace the USAF’s existing AN/TPS-75 radar, the 3DELRR will be the principal long-range, ground-based sensor for detecting, identifying, tracking, and reporting aircraft and missiles in support of theatre commanders.