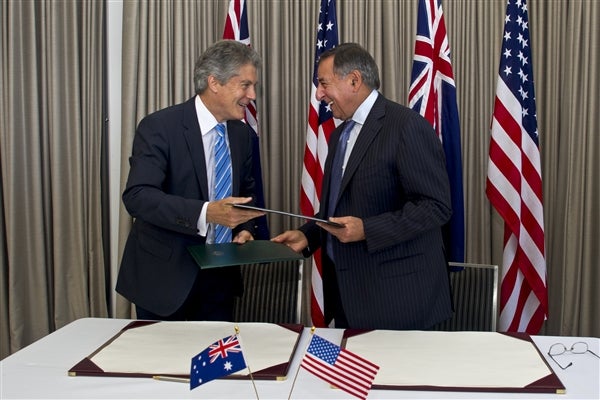 The decision has been agreed by US defense secretary Leon Panetta and Australian defence minister Stephen Smith and represents a move by the two countries to advance their bi-lateral long-term international partnership on space situational awareness.

Scheduled to be operated from the Harold E. Holt Naval Communications Station at North West Cape in Western Australia, the C-band radar will deliver a critical dedicated sensor for the US Air Force’s (USAF) SSN, which is designed to detect, track and identify space debris.

The C-Band radar is a mechanical tracking ground-based radar system designed to precisely track up to 200 objects per day and also deliver critical orbit and characterisation information that is required for object tracking in low-earth orbit.

The radar is expected offer much needed southern and eastern hemisphere coverage, leading to enhanced positional accuracies and predictions in addition to further contributions towards tracking high-interest space launches from Asia.

Designed and manufactured by the US Defense Advanced Research Project Agency (DARPA), the SST is an advanced telescope capable of providing a wider field of view of space objects enabling detection and tracking of smaller objects present at the deep space altitudes in geosynchronous orbits.

The SST installation in Australia is expected to provide coverage of a more densely populated region compared to its previous location in New Mexico, US.

Australia is currently selecting a site for the SST deployment and has also agreed to share its relocation and operational costs once operational.

The two countries signed the Space Situational Awareness Partnership and agreed for US space systems deployment in Australia at the Australia-United States Ministerial Consultation (AUSMIN) 2010 and 2011 conferences, located in Melbourne and San Francisco respectively.

The UAV Payload Market in Australia to 2025: Market Brief

The Military Satellite Market in Australia to 2024: Market Brief