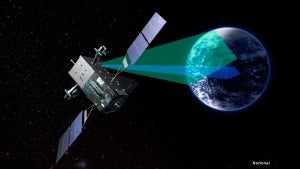 US Air Force’s Infrared Space Systems Directorate director, colonel Jim Planeaux, said: "We are looking forward to fully certifying this spacecraft for operational use and delivering these new infrared surveillance capabilities to the nation."

The satellite will be repositioned to its final orbital location to complete certification process, which includes AF evaluation in operational environment, as well as AF Space Command’s operational acceptance and the US Strategic Command’s certification of the system.

SBIRS will equip the USAF with superior infrared sensing capabilities as well as providing reliable, timely and accurate warnings about theatre and strategic missile launches.

The sensor payload consists of a scanning sensor for short revisit times over its full field of view and a staring sensor for focused operations over smaller areas.

On 21 June 2011, SBIRS GEO-1 activated its sophisticated infrared sensors and transmitted its first infrared payload data following its launch on 7 May 2011 from Cape Canaveral onboard an Atlas V rocket.

The Lockheed team is also working on the second SBIRS GEO-2 satellite, which recently completed environmental testing, while the production of GEO-3 and GEO-4 satellites is in progress.

Lockheed Martin is the SBIRS prime contractor, while the team is led by the Infrared Space Systems Directorate at the US Air Force Space and Missile Systems Center, US.