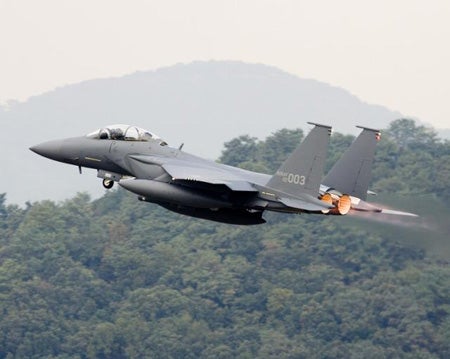 The US Air Force’s (USAF) Western Air Defense Sector (WADS) is planning to conduct the Felix Hawk 2012 air defence exercise in Central Oregon, US, in an effort to validate its operational readiness against enemy airstrikes.

Conducted over the Florence-Eugene areas of Central Oregon, the exercise is designed to evaluate the sector’s intercept and identification procedures for a broad spectrum of scenarios involving potential hostile aircraft.

Two fighter aircraft from the California Air National Guard’s 144th Fighter Wing, including F-15 Eagle fighters and either C-21A or single-engine Cessna 182 Skylane aircraft, are scheduled to participate in the drill.

During the exercise, the fighter aircraft will intercept a military or contracted airplane that is not responding properly to authorities, with the aim of preventing any airspace restriction violation and terrorist attacks.

WADS continuously conducts exercises of this nature with a multitude of scenarios, to test its responses, systems and equipment throughout the western region, since the begging of Operation Noble Eagle, NORAD’s response to the September 2001 terrorist attacks.

NORAD is a bi-national US and Canadian organisation, responsible for safeguarding the sovereign airspaces of North America by providing aerospace and maritime warning in close collaboration with homeland defence, security and law enforcement agencies.