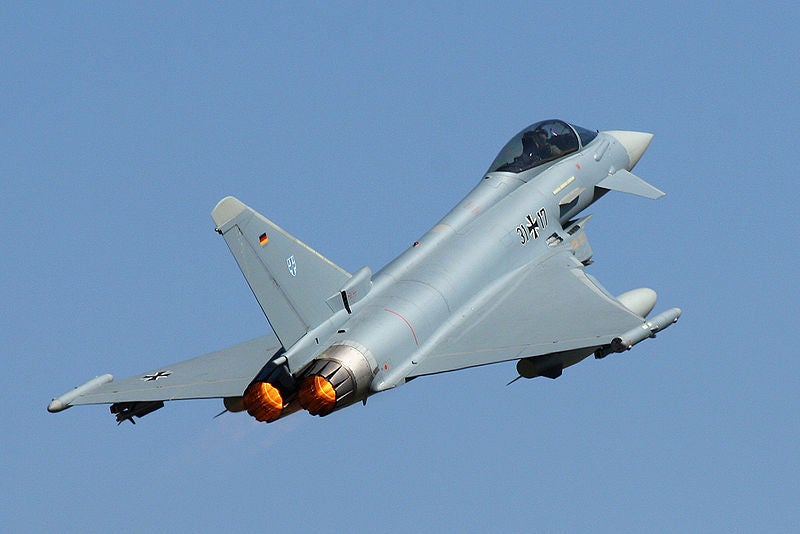 The move follows presentation of the test and integration results of the "Captor-E" antenna subsystem to representatives of the four Eurofighter partner nations, including Italy, Spain, Germany and the UK, during a four-national programme review at Cassidian’s facility in Ulm, Germany.

Demonstrating enhanced performance and the high production standard of the Captor-E AESA radar (CAESAR) antenna, repositioner and the antenna power supply and control unit, the test results exhibit full compliance with theoretical design and the internationally agreed system specification by the four countries.

The Captor-E antenna sub-system is now scheduled to be shipped to Selex Edinburgh for integration and testing with receiver and processor, while final integration of the Captor-E radar into the industrial production aircraft (IPA5) is planned for spring 2014.

"The Captor-E antenna sub-system is now scheduled to be shipped to Selex Edinburgh for integration and testing with receiver and processor."

A next-generation mechanical multi-mode pulse doppler radar, the Captor-E is designed to bring new mission capabilities, such as simultaneous radar functionalities, air surveillance, air-to-ground and weapon control for Typhoon, through replacement of mechanically steered antennas and high-power transmitters with an electronically steered array.

Typhoon is a twin-engine, canard-delta wing, multirole fighter manufactured by a consortium of EADS, Alenia Aeronautica and BAE, for deployment during air operations, including air policing, peace support and high-intensity conflict missions across the globe.