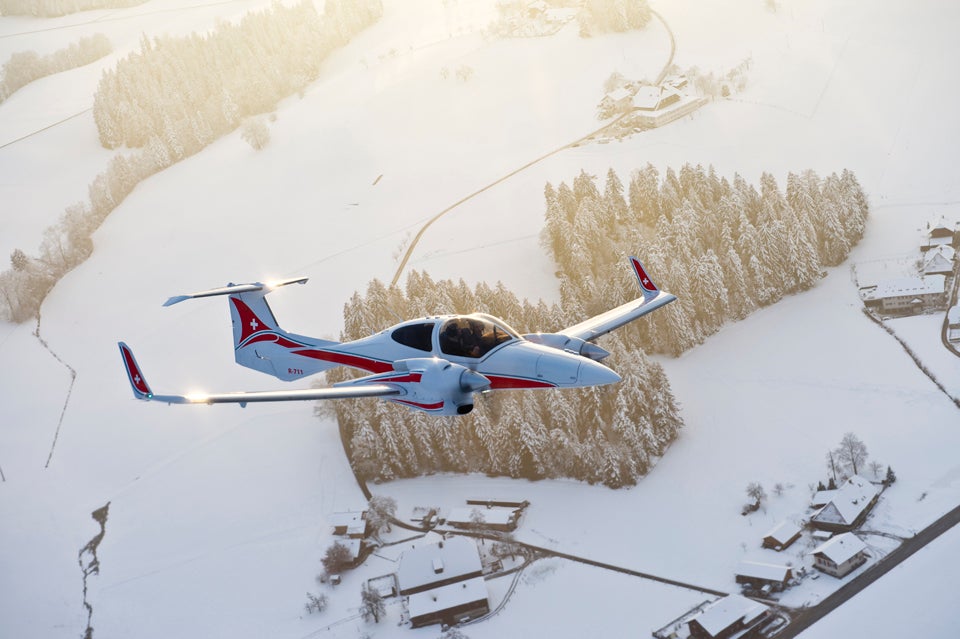 Ordered in January 2012, the aircraft serves as a flying test bed for new sensors and sense and avoid equipment needed for operation of unmanned aircraft systems (UAS) in the National Air Space (NAS).

Centaur will not serve as an operational system with the Swiss Air Force, but is scheduled to start operating as a flying test bed from Emmen Military Airfield in Switzerland, after completion of the OPA equipment installation and site preparation for Aurora’s ground control station in January 2013.

Derived from the Diamond DA42 multi-purpose platform (MPP), the Centaur is a twin-engine aircraft designed to operate in both manned and unmanned configurations for a wide range of defence, intelligence, surveillance and reconnaissance (ISR), as well as law enforcement missions.

Requiring only four hours for transition between manned and unmanned flight modes, the aircraft also carries a remote ground-control station for use during operations that are too dangerous for manned aircraft.

Compatible with Nato Stanag 4586, the system can also be flown in the hybrid mode, which involves operations as a UAV, but with an onboard safety pilot to watch for other aircraft or override control in an event of emergency.

Capable of staying airborne for up to one day, the aircraft consumes less fuel and is virtually undetectable even at altitudes of over 3,000ft due to extensive noise suppression.

The system is scheduled to be operated in unmanned mode by Armasuisse, following a comprehensive hybrid mode flight testing in Virginia and Switzerland, in March 2013.